Casa Habita inaugurated a new era in the hotels of Group Habita. While maintaining the highest standard of comfort, luxury and design, Casa Habita is a space characterized by the vintage feelings in all of its corners. Dating back to the era of the stamped and gilt details, The Antique House in the District Lafayette is an old Mansion from the 40’s, redesigned and reused to deliver and create the best atmosphere to enjoy and actually feel that the time seems to stand still.

Opened its doors in September of 2015 in Guadalajara, Jalisco, hence the name “Casa Fayette,” (the precious name of the hotel) it is distinguished by mixing the traditional style with Art Deco offering a contemporary space. That is why it is the stone base of the new era of Grupo Habita Hotels. In some way it begins a new spirit in the wonderful work of the genies hoteliers Carlos Couturier and Moises Micha, the already known creative minds behind this group. In this case they worked together with the local architecture atelier Estudio5 to transform the old house into a Design Hotel, making the space into an unforgettable souvenir.

The hotel space also holds a bar, swimming pool, terrace and restaurant with stunning views, making this reality a recognizable stamp of Group Habita. There are 36 guest rooms and suites in four categories which give way to the hotel, all with breathtaking views of the city of Guadalajara. The entire house is illuminated with natural light and a special brightness during daytime. Each room is equipped with A/C, rain-showers, mini bar, TV with LED display, speakers with bluetooth and organic bathroom amenities. The spa at Casa Fayette is located in the ninth and last floor of the new tower. It is formed with two massage rooms for different treatments, sauna, steam, as well as showers and meditation area and spaces to do yoga in the open air.

The architecture is the union of the Old House as the skeleton of the Hotel and the construction of a contemporary tower. Respecting the nature of the context, the façade was retained and the materials that were used to complete the space were concrete, steel, wood and marble.

The interior is a dialog that links the two buildings, and is work of the Milan firm, Dimorestudio, who picked out Mexican and  Italian elements and were attended by a European designer to strengthen the architectural details. As a result, eclectic interiors dating back to an earlier era but preserving the contemporary vibes, the palette of colors, the shapes, the brightness and textiles create an ambiance that is perfect to reach as a place of luxury and relaxation.

The magic of this space is that each space creates an image that reminds us of the movies of Wes Anderson combined with paintings of Edward Hopper. 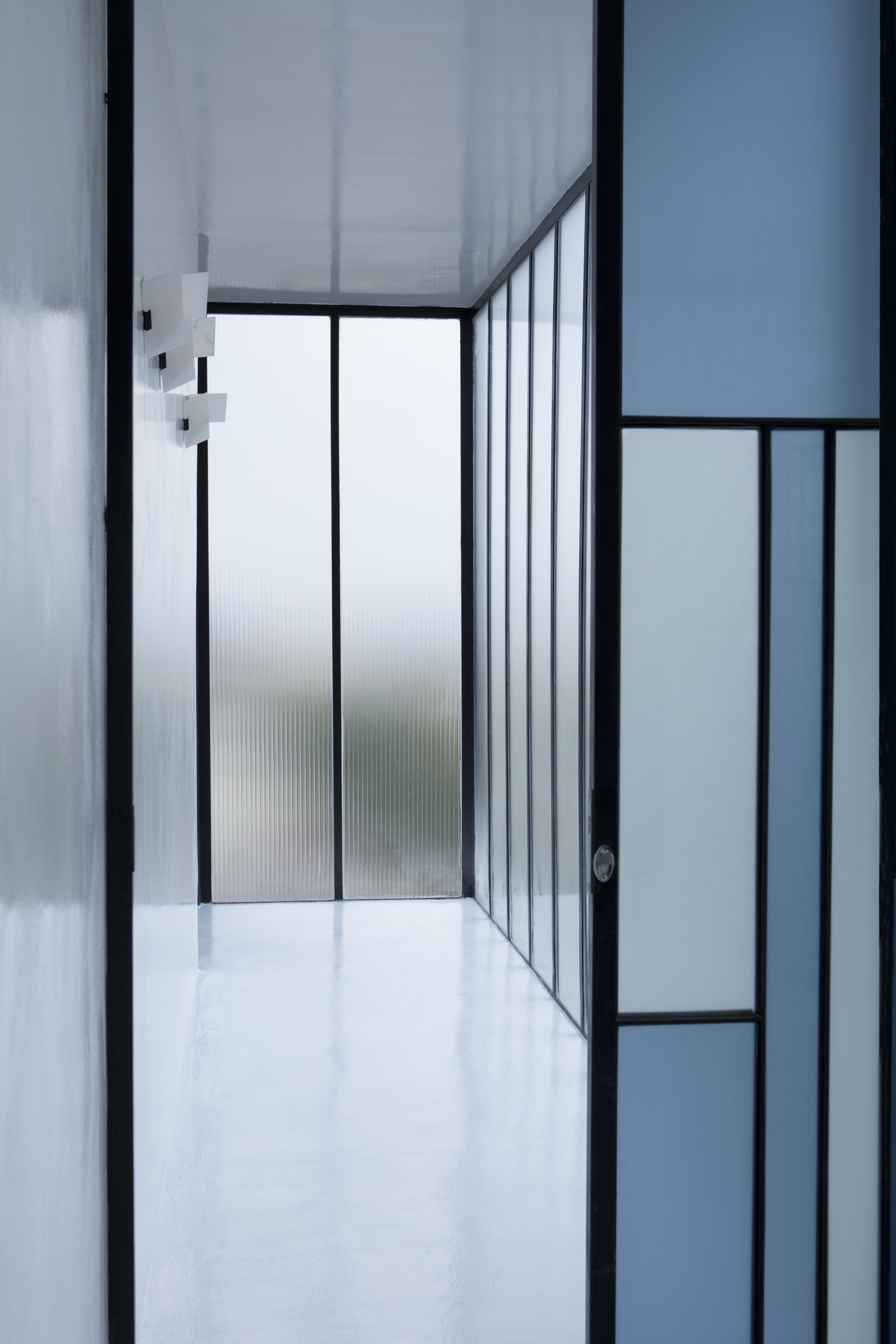