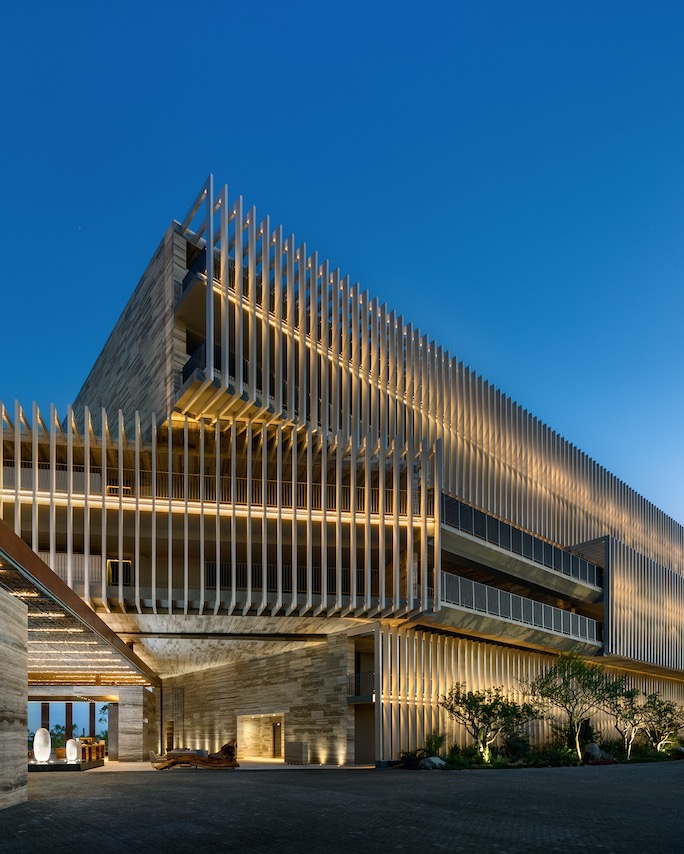 No stranger to the creative world, Mexico touts some of the world’s best architects and designers. Take a look at these five firms, whose works are nothing short of striking and impressive.

Specializing in architecture, urban design and research, Fernanda Canales founded her practice in 2002 and since then, has built an impressive resume of achievements. In 2012, she received the Career Award and Best Young Architect in Mexico from Colegio de Arquitectos de México and in 2018, the Emerging Voices Award from The Architectural League of New York, among others. Her work has been exhibited in exciting venues across the globe like the Museum of Modern Art in San Francisco, The Gallatin Gallery in New York and more. She is also the author of multiple books including most recently Private Spaces; Shared Structures and boasts more than 100 essays in specialized magazines. Some recent notable projects include the Open Museum in Mexico City, the Terreno House and Bruma House in Valle de Bravo and Reading Rooms, which are sprinkled throughout the country. fernandacanales.com

Founded in 1982 and led by Mexico City natives Fernando de Haro, Jesús Fernández and Pablo Blasco, ABAX is experienced in all types of projects including residential, hospitality and commercial, with a focus on architectural and interior design. The firm boasts the design of more than 120 high-end single-family residences, more than 5,000 hotel rooms and roughly 1.2 million square feet of residential space. Most recently, ABAX took on an exciting project, leading the architectural design of Zadún, a Ritz-Carlton Reserve. The Puerto Los Cabos project is the hotel brand’s first super luxury resort in Mexico and marks just the fourth Reserve property in the world. “Zadún’s design offers a well-orchestrated composition of simple and balanced volumes, with the use of symmetries and delicate elegance,” says architect Pablo Blasco. abax.com.mx

ABAX also led the design of The Enclaves, a Ritz-Carlton Reserve Residence.

Zozaya Arquitectos was founded in 1986 by Enrique Zozaya who previously worked for renowned Mexican architects Ricardo Legorreta and Ramírez Vázquez, who both played an influential role in the development of his design. Over the years, Enrique advanced his experience along the Mexican Pacific Coast and today, the firm has developments in Valle de Bravo and Ixtapa, Zihautanejo. In 2015, Daniel Zozaya joined his father’s firm as Director Architect, bringing with him new technologies and materials to bridge the gap between contemporary and traditional design. Specializing in sustainable, low-density homes in unique environments, Zozaya Arquitectos aims to create residences that add value to a particular place by prioritizing the least amount of impact on a site. The team’s design process implements strategies that include efficient use of energy, water harvesting, temperature regulation and cross ventilation. The result is stunning pieces of work that blend into the natural environment. zozayaarquitectos.com

A well-established architecture firm, Mexico City-based Sordo Madaleno (SMA) has more than 80 years of experience since its founding in 1937. Today, the team has more than 300 employees, more than 400 completed projects and is currently managed by the third generation of family architects. The firm excels at a variety of project and building types and scales, closely collaborating with every client. Commercial, residential, corporate buildings, mixed-use complexes and hotels are all within the firm’s wide-varied wheelhouse of expertise. Additionally SMA has a specialized interior design team and can also assist with the overall planning of large-scale master plans. Notable projects include the eye-catching, multiple award-winning Solaz Los Cabos, along with the upcoming Chablé Sea of Cortez, a luxury resort in La Paz that’s already receiving praise for its design. sordomadaleno.com

Previously having worked at renowned firms including Arquitectonica in Miami and Tsao & Mckown in New York, Verónica González Zavala went on to open her own boutique office VGZ Arquitectura in 2003. Located in Mexico City, the firm specializes in residential projects of varying sizes, tourist services and commercial and office spaces. In total, the team has completed more than 30 projects in Mexico. Over the past few years, VGZ has been recognized by many prestigious outlets. Recently, its Piedra Sal project in Mexico City was awarded an Honorable Mention in the External Category for the Prix Versailles 2018 Award, along with receiving a UNESCO award and recognition by the IDA Design Awards, among others. vgzarquitectura.com