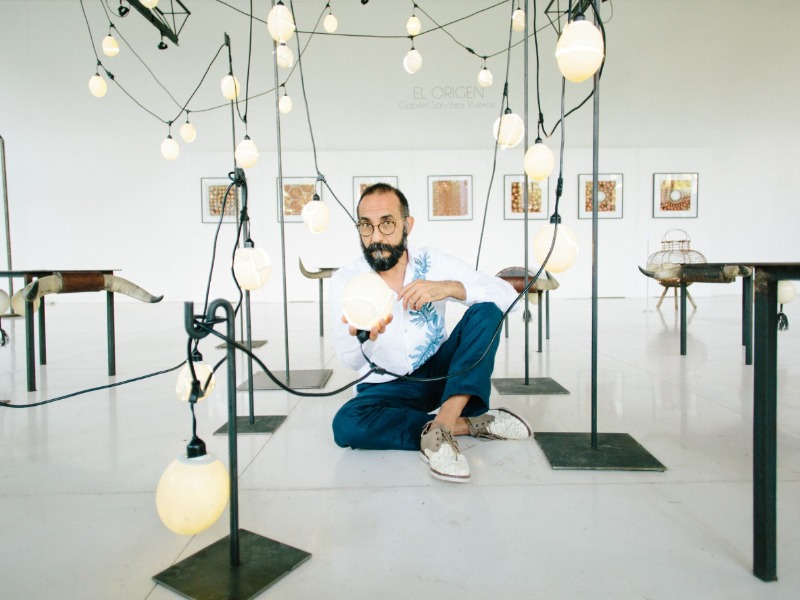 His creativity and experience has allowed him to work around the globe, creating palaces in Saudi Arabia and also expanding his professional field by becoming an interior designer and visual artist, capable of exposing his work in various art galleries in the world.

His career started when he decided to study Architecture in the Universidad Autónoma de México (one of the most prestigious universities in Mexico City), and his work includes more than 60 projects. He also worked for 15 years in the Middle East, designing and constructing palaces, including some projects for the royal family of Saudi Arabia.

During the following stage of his career, he has managed to portray his architecture knowledge (like materials and basic construction concepts) on to his work as a visual artist, creating pieces of art like paintings, photographs, sculptures and engraving, among others.

His work has been exposed in more than 30 different galleries and expositions around the world, including important cities for art like New York, Dubai and Beijing. Also, adapting to the current times we are living, Gabriel has created two virtual exhibitions (inspired by Mexico his home country), where it is possible to take a look at his work and feel like you are physically in the gallery, through his web page.

“I was born a creative. I have developed professionally as a multidisciplinary artist and architect, and my work is directly inspired by the forms of nature and its materials.”

Check out his complete portfolio and virtual gallery here.

Photographs: courtesy of the artist.