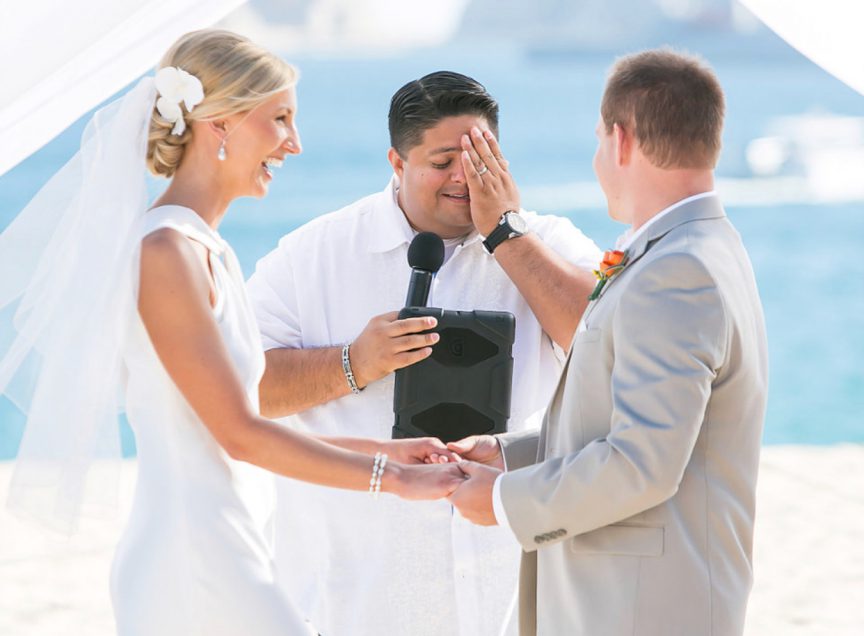 Finding the right wedding officiant for your special day is as important as finding the perfect dress or a breathtaking venue. An experienced and talented officiant will make your wedding ceremony memorable and keep your guests engaged. Such is the case of award-winning Minister Marco, a sought-after wedding officiant who has officiated ceremonies for famous Hollywood Stars, professional athletes, and some of FORBES’ Top 100 exclusive members, including former MTV Stars Heidi Montag and Spencer Pratt, as well as Eli Manning and Abby McGrew.

Born in the inland city of Guadalajara, Minister Marco was ordained as a Non-Denominational Minister in 2006. Since then, he has officiated over 7,000 weddings around the world in English, Spanish, Italian, French, Portuguese and Hebrew. His fun demeanor and style have earned him fame and popularity in the wedding industry and beyond, expanding his reach to include performances at some of the best comedy clubs in North America, TV shows, and even Netflix! In fact, come June of 2018, Minister Marco will publish The Minister Diaries, a book that recalls his incredible journey, from growing up an “average Joe” to becoming a Celebrity Wedding Minister and performing stand-up comedy in Hollywood.

Minister Marco offers a wide range of ceremonies, all of which are fully customizable: