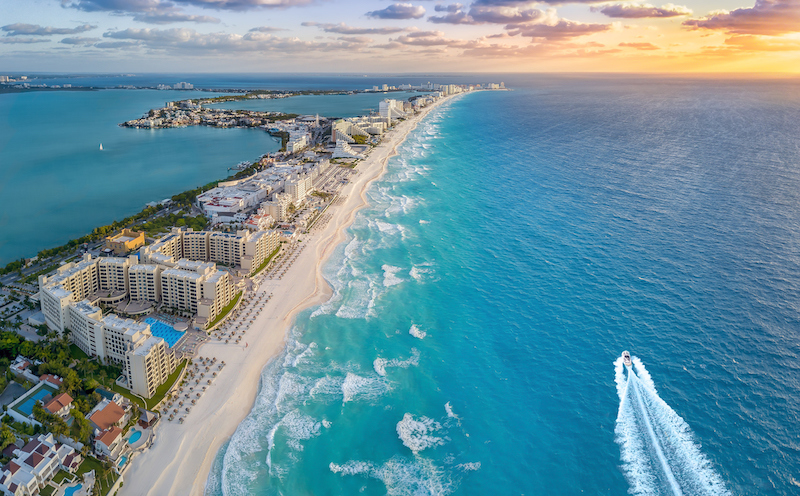 Cancún, always a prime resort destination, has witnessed skyrocketing popularity over the past couple of years that is only poised to increase.

As travel-hungry tourists were eager to get away after being quarantined at home due to Covid-19, Cancun International Airport (CUN) ranked as the 10th busiest airport in the world with the most international traffic in 2021, serving more than 13.2 million passengers, according to the Airports Council International.

Airlines are continuing to add more and more direct flights to CUN to meet this growing demand. In fact, 37 U.S. airports now offer direct routes to CUN, which serves as the gateway to Cancún and other tourist-favorite beach locales in the Mexican Caribbean.

Leading the pack is Dallas Forth-Worth as the most popular U.S. connection to Cancún, followed by Houston. Other large American cities that feed into Cancún’s airport include Atlanta, Chicago, Los Angles, Miami and New York City, though perhaps most surprising are the smaller, more regional airports that are opening up new direct routes to Cancún, such as Indianapolis, Kansas City and Milwaukee. In addition to the U.S., 25 other countries also fly direct into Cancún.

The brand new Tulum airport that is planned to open in late 2023 will only make the area even more popular.

Following is a list of U.S. airports that fly direct to Cancún in order of frequency, according to The Cancun Sun: