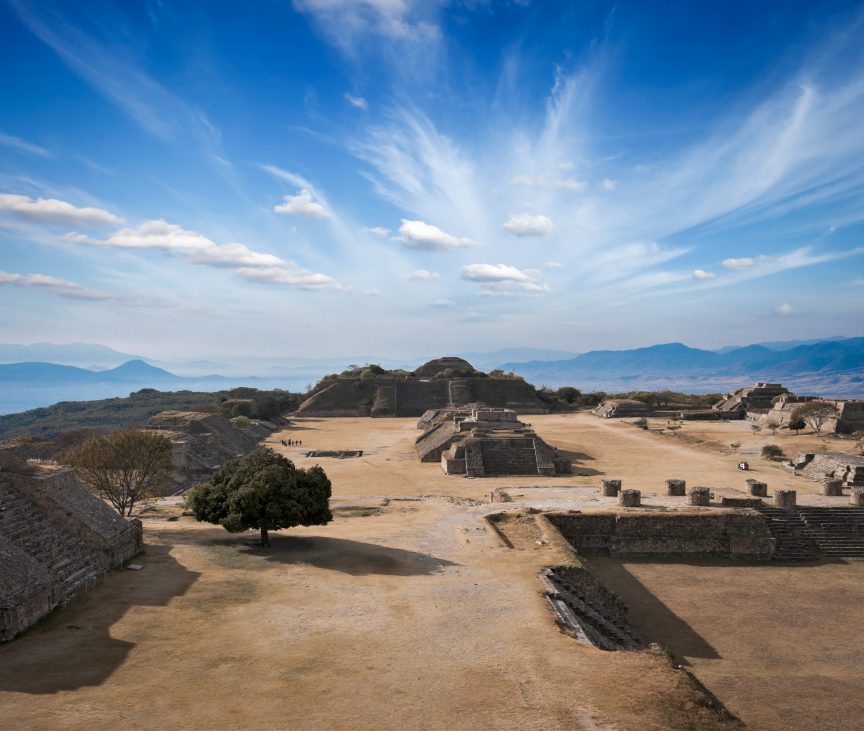 Mexico is well known for its vast historical and cultural heritage. We see this in the more than 2,000 registered archaeological sites that are located across Mexico, of which about 200 of them are open to the public. It is through its ruins and buried treasures that these incredible archaeological sites tell the stories of the pre-Hispanic cultures that once inhabited ancient Mexico, and that are an essential part of the Mexican legacy.

Monte Alban, which means “White Mountain,” is located 10 kilometers from Oaxaca, the capital city of the state that bears the same name, and is one of the most spectacular archaeological sites in Mexico. Monte Alban was the site of an important Mesoamerican city that was founded by the Zapotecs towards the end of the Terminal Pre-Classic Period. Named “Dani Baá,” or Sacred Mountain by the Zapotecs, and, subsequently, “Yucucui” or Green Hill, by the Mixtecs, this ancient city is located on a mountainous range, 400 meters above sea level, in the central section of the Valley of Oaxaca. This region is characterized by its flowering trees, which make the hilltops look white during the spring; hence its name. 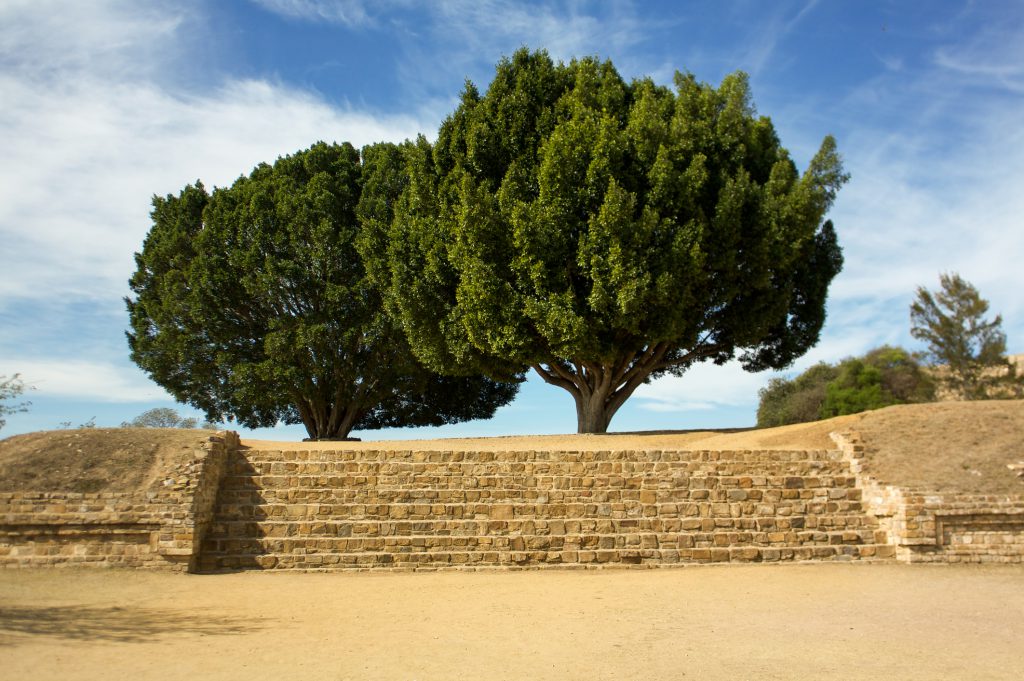 As with most major pre-Hispanic cities, Monte Alban, throughout its history, was a multiethnic metropolis. Although the origin of its earliest settlers is still a matter of debate, we now know that the city was inhabited by the Zapotecs and Mixtecs. Additionally, some of Monte Alban’s architectural features reflect a strong influence from the ancient Teotihuacan culture.

Among the major monuments one can find in Monte Alban are the Great Plaza and the series of rock carvings known as “Los Danzantes” (The Dancers). The Great Plaza is a large open area on the flattened mountain top that offers 360-degree views of the temples, palaces, and the famous Juego de Pelota (Mesoamerican Ball Game). The Great Plaza was considered the main ceremonial center in town, and around it, stood temples and elite residences.

In the southwestern corner of the plaza there is a temple where one can find the famous Los Danzantes rock carvings, which show naked men with their bodies twisted and contorted in various positions, some of which even show signs of genital mutilation. Some say that these figurines represent dancers, while others say that they represent sacrificial victims. The most recent theory is that these carvings could be medical engravings documenting birth defects. We may never know for sure. 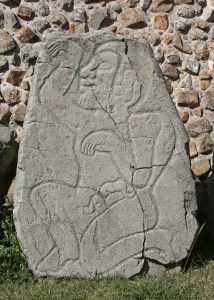 Don’t forget to visit the museum, which is located right at the entrance of Monte Alban. This museum houses a collection of engraved steles that were found at the site, and which show the development of the writing system throughout the four stages of Zapotec occupation. The museum also houses a selection of pieces that offer an insight into the daily lives and rituals of the area’s pre-Hispanic inhabitants. 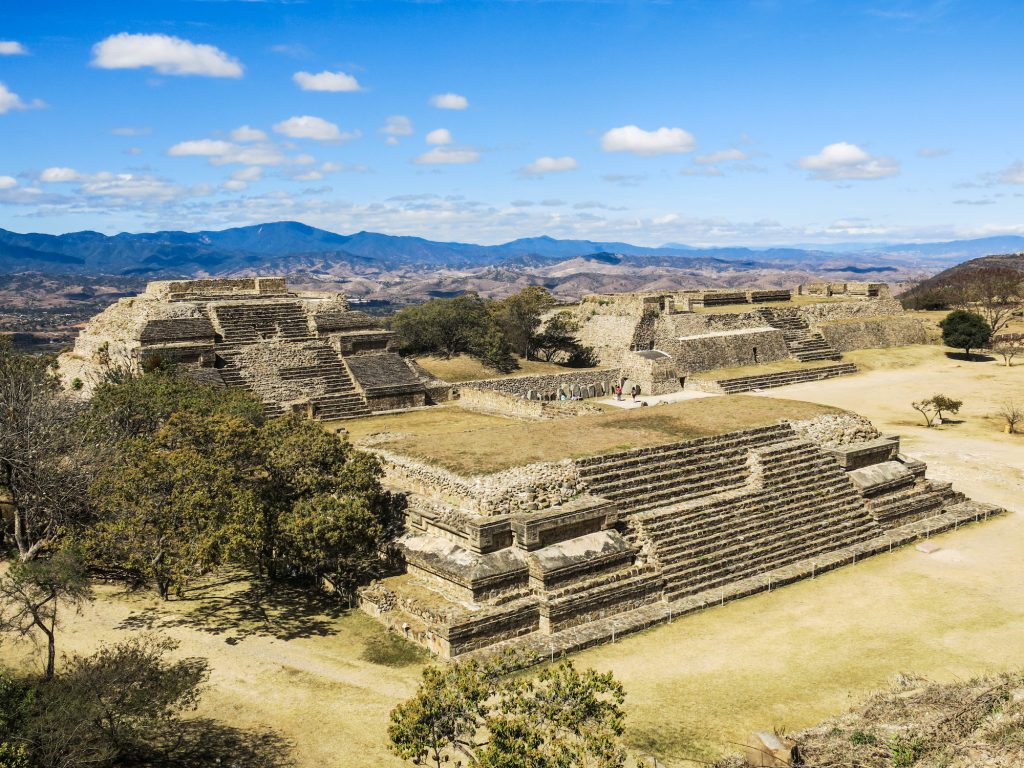 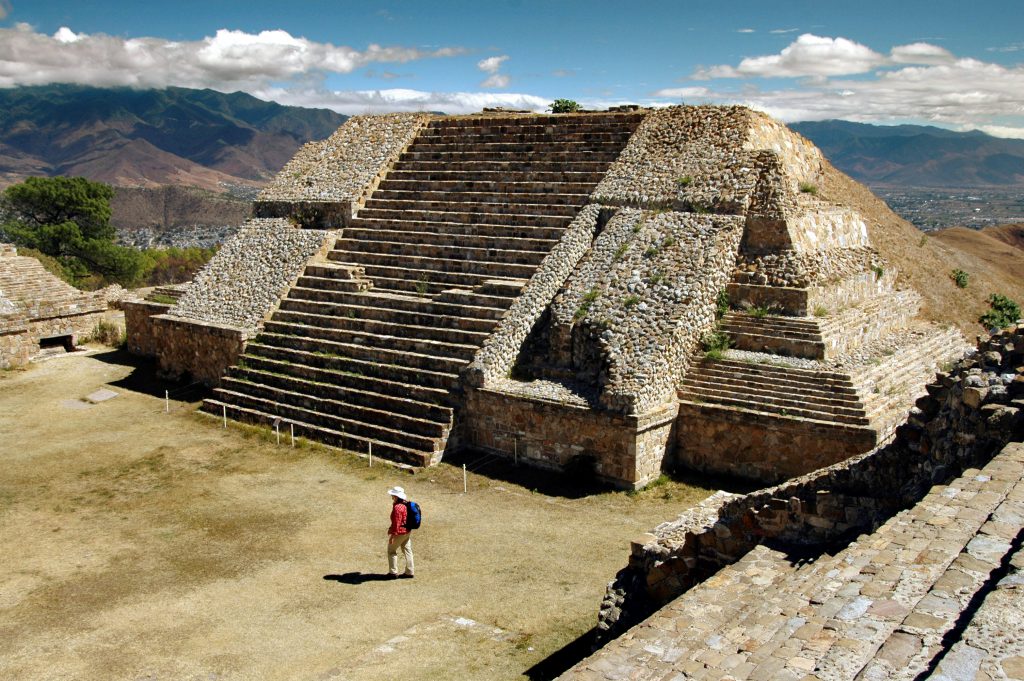 InMexico Tip: Don’t forget to bring your camera. The views of the valley and of the city of Oaxaca, especially at sunset, are nothing short of spectacular