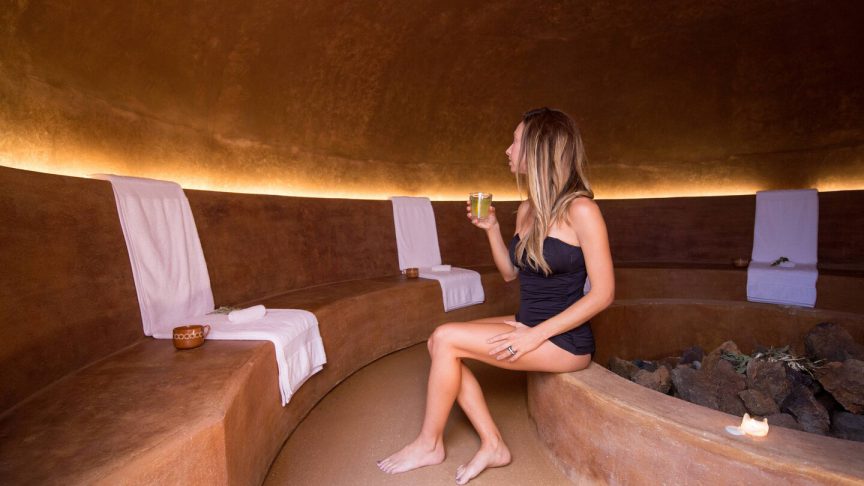 You may have recently seen Temazcal ceremonies and rituals popping up on spa menus. So what is it and what are the benefits?

Temazcal comes from the Nahuatl word temāzcalli, which means “house of heat.” It’s believed to have originated in ancient Mesoamerica and has been a ritual for nearly 1,000 years in Mexican and South American culture among the Mayan culture.

Housed in an outdoor igloo-shaped structure that’s usually made of things like adobe brick, mud, wood or volcanic rock, temazcals are sacred among Mayans. While they’re essentially a sweat lodge or steam room, the accompanying sacred ritual makes it more than just that. Participants are usually blessed before having to crawl through the very low entrance. This mimics human birth and is thought to represent a rebirth to the world or mother nature.

While each ritual can vary, the basis often remains the same. Once inside, heated volcanic rocks are placed in the center where water is then poured over them creating steam. Herbs like sage and copal are then added, producing irresistible scents to inhale. Rituals can sometimes be led by shamans and include chanting and musical “instruments” (like rain sticks and gongs) to promote meditation. Ceremonies can sometimes last up to multiple hours and the entrance is often covered by a cloth, amplifying the heat and creating darkness.

Benefits of temazcals range from physical to mental. The steam aids in flushing out toxins, opening up pores and clearing skin, getting rid of bloating, aiding in blood flow and more. The meditation aspect of the ritual helps to alleviate stress and recenter participants.

To try out a traditional Temazcal,