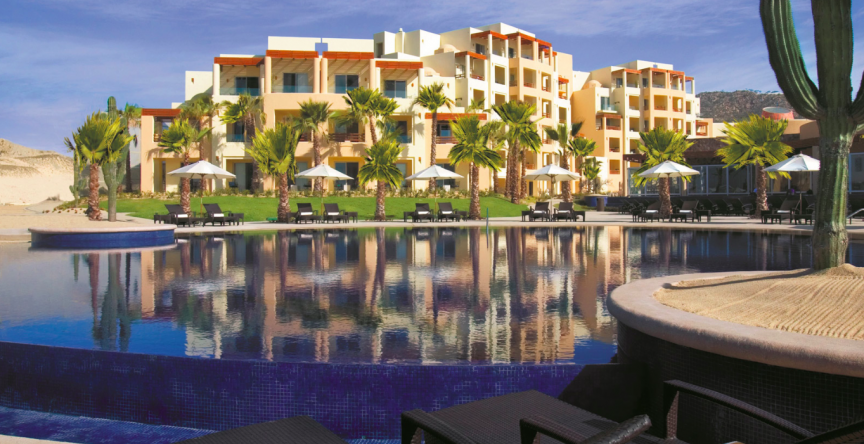 The operator of world-class facilities is significantly increasing its commitment to the region with a planned investment of more than $120 million across its Los Cabos properties in 2016.

A major expansion is in the works for Pueblo Bonito Pacifica Golf & Spa Resort, the finest adults-only property in Los Cabos. Two new towers, with a total of 47 rooms, will be added, including a magnificent Presidential Suite and six suites each with a private pool. The two buildings will be called Quivira Club and will feature enhanced room amenities as well as first-class, personalized service highlighted by a butler on each floor to attend to any and all guest needs.

Pacifica also will add a third new building, a three-story tower with a different amenity on each level. On the first floor will be an eclectic Mexican-Mediterranean fusion restaurant with indoor and outdoor oceanfront dining. The second-floor gym will offer dramatic ocean views and state-of-the-art exercise equipment. The third floor—accessible by sky bridge from the other new buildings—will be a VIP lounge open only to Quivira Club guests, serving light breakfast, afternoon snacks, and pre- and after-dinner cocktails while overlooking the ocean.

Pueblo Bonito Sunset Beach Golf & Spa Resort is also expanding, with the addition of 104 villas and a brand new upscale dining court offering a choice of restaurants that include family-friendly, Asian, and Italian, as well as separate areas specializing in desserts, beers, and wines. A new Teens Club, which will feature arcade games, table games such as air hockey and pool, a movie theater, and a snack bar are planned. The recreational club will be a great addition to the family- oriented resort amenities, and is expected to be complete in the spring of 2016.

“Pueblo Bonito Resorts has made and will continue to make a major commitment in the Los Cabos area,” said Enrique Gandara, Vice President of Sales and Marketing. “We firmly believe that Los Cabos represents the ultimate location for homebuyers and resort guests, and will continue to deliver experiences that attract both audiences. These additions are not our final investment, but merely reflect our ongoing investment in this region.” Future hotel projects for this area are being investigated.

Within the Quivira residential community, 2016 will also bring the next phase of development at Copala, which ultimately will include 85 houses and seven 6-floor buildings, each with 36 apartments, including 1-, 2- and 3-bedroom units. The development will also offer its own clubhouse, in addition to the Quivira Beach Club.

The 22-acre Coronado community, terraced below the newly built Copala development, has broken ground and will feature 68 one-story, Mexican hacienda-style homes that honor the region’s architectural heritage.  Set on a desert ridge high above the sea, Coronado is the newest and most exclusive residential community within Quivira Los Cabos.

The new towers at Pacifica and the dining area at Sunset Beach are scheduled to open by Fall 2016.