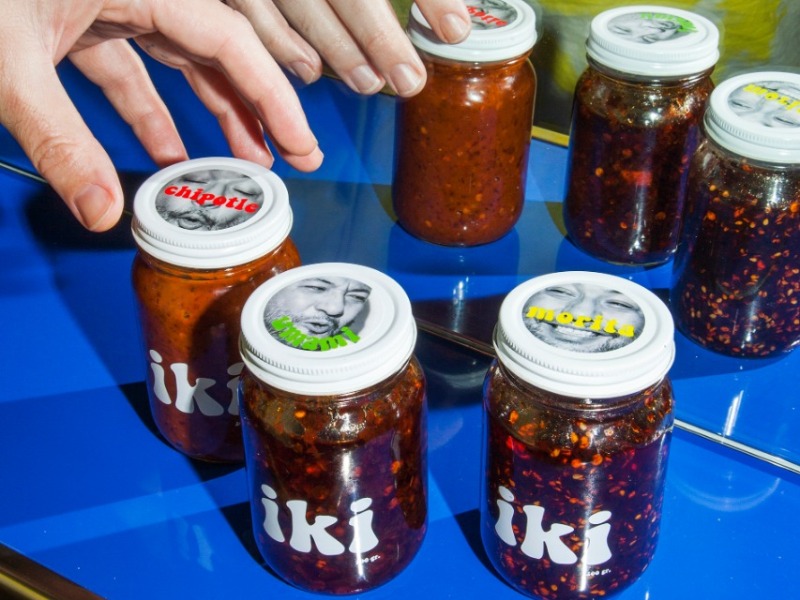 Created by Chef Edo Nakatani, Salsas Iki is a mixture between the traditional Japanese ingredients his grandparents used and the typical spicy sauce that every Mexican adds to their recipes.

Having both cultures around while growing up, Chef Nakatani took his favorite elements and created a whole new version of the typical spicy sauce. Without losing the essential core of Mexican sauces (the hot touch), Edo incorporated ingredients used in traditional Japanese dishes such as soy, fermented beans, ginger and shrimp. His first project started in 2014 with the Nakanoke & Sons sauces, inspired by the own recipes he and his family created at home like green chile with ponzu, sukiyaki with taco sauce and more. However, Nakanoke & Sons was put on hold and made the perfect space for creating Salsas Iki.

Salsas Iki work for basically every dish, but each one of them can be better suited for certain food such as the Iki Umami that is recommended for seafood or for adding flavor to a rice, ramen or Udon. Umami is composed by shrimp, pickled jicama, soy and black peppers, this would be the less spicy one. Then comes Iki Morita, made out of morita chile, hibiscus, sesame and soy. The hotness is medium and is great for Mexican breakfasts like eggs, quesadillas or a creamy pasta. Finally, and the spiciest one is the Iki Chipotle, this one goes perfect with fideo seco, meat, or any soup, Chipotle is made of tamarind, ginger, morita and soy.

All of the Iki sauces come in a glass jar (encouraging the reuse of the recipient as soon as the sauce is finished), of 240 grams and can last up to six months if stored in a fresh and dry space.

You can taste this amazing sauces by buying them at Meroma Restaurant, La Super Cope, Lyn Lyn Bacal o through their IG page @salsas_iki.