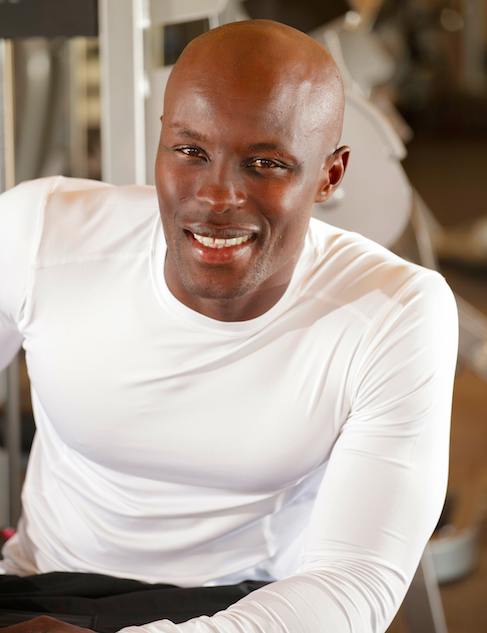 Fitness enthusiast and trainer, Modou Seye, spends his time keeping locals and visitors of Los Cabos in tip-top shape. After discovering his true passion for fitness and spending a few years in Los Angeles in the modeling world, Seye founded his own lifestyle company, ModuVated, that quickly began to grow. The company eventually reached the tip of the Baja where Seye now spends his days leading beach boot camps, personal training sessions and growing his brand.

City you were born in: Dakar, Senegal

What brought you to Los Cabos: At the completion of a six-month training contract in San Lucas with some of my favorite L.A. clients, I decided to make it home about five years ago

Why did you choose to work/live in Los Cabos: I made the move not only because of the amazing weather and beautiful beaches, but because I was charmed by the friendly and welcoming locals, not much different from where I grew up in West Africa (Senegal)

Your favorite place to go in Los Cabos: Beach at 6 a.m.

Your three favorite spots for breakfast, lunch, and dinner: Breakfast: Casa Sola; Lunch: VFraiche (my restaurant); Dinner: Agua by Larbi Darrouch at the One and Only Palmilla

What made you successful: I owe my success to truly loving what I do. I love that I can impact people to improve themselves, in their own lives. Also, growing up with nothing and knowing I could only move up, I have and will always push myself to move even higher

Your most treasured possession: My son, Abdoul

Something nobody knows about you: I am scared of the ocean

Favorite hour of the day: 4 a.m. because I know that I have a jump on my day

Your inspiration: My mother and my son

Last memory you made: I had the opportunity to attend the inauguration of the Koral Center and got the chance to meet and shake the Peña Nieto’s hand

Your worst habit: Procrastination and pushing myself too hard

Your first job: Selling green tea at my mother’s restaurant

If you could change one thing about yourself, it would be: Be more willing to ask for help when I need it

Your life motto: It doesn’t matter where you come from, just push 100 percent each day. Things will take care of themselves

Your vision for the future of Los Cabos: I would like to see a healthier Cabo. Though we’ve seen dramatic improvements in recent years, our town still has a ways to go. I know it starts with the youth, that’s why I believe it is so important to initiate change with the youngest generation; they are the ones that will make it happen.