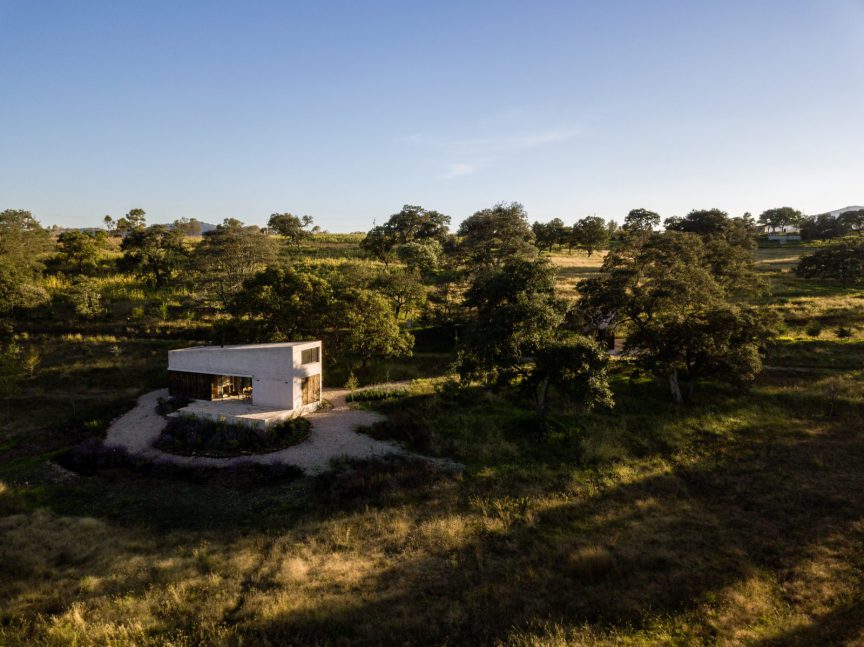 The word ¨luxurious¨ gets a totally different meaning when talking about Casa Aculco. Being immerse in the middle of nature in a construction that speaks for itself, translates into real and honest luxury, one that makes you appreciate light, shadows and silence.

This unique project was conceived by Perez Palacios Arquitectos Asociados in 2018 for two brothers who accidentally found this place in a climbing trip and decided to preserve it for several years until they decided to build a house on it; nowadays Casa Aculco works as a vacation home where the owners can rest from the rush of the modern living in a natural environment surrounded by the most essential elements. The 970 square feet house takes its name from the place it is located, a small town in Estado de Mexico, which is surrounded by mountains, cliffs and waterfalls. One of the main objectives when creating this house was to achieve a dialogue between the house and the environment in constant reciprocity; simplicity, minimal need of maintenance and intimacy with the panorama were part of the main premises. Another challenge while building was causing the least negative impact to the environment as possible, as well as having access to materials and staff services in such an isolated place. The house is made of block walls of quarry stone from the area, clay floors, wood and glass; every material stayed in its raw state.

As you can appreciate, at Casa Aculco it´s easy to perceive beauty from the outside to the inside and vice versa; wherever you look around you will find unforgettable views. The final success was not only for the architects who managed to overcome the challenges presented by the project itself, but also for the clients who after having taken care of and reforested this plot of land for so long, now it´s a space that invites them to be part of it.