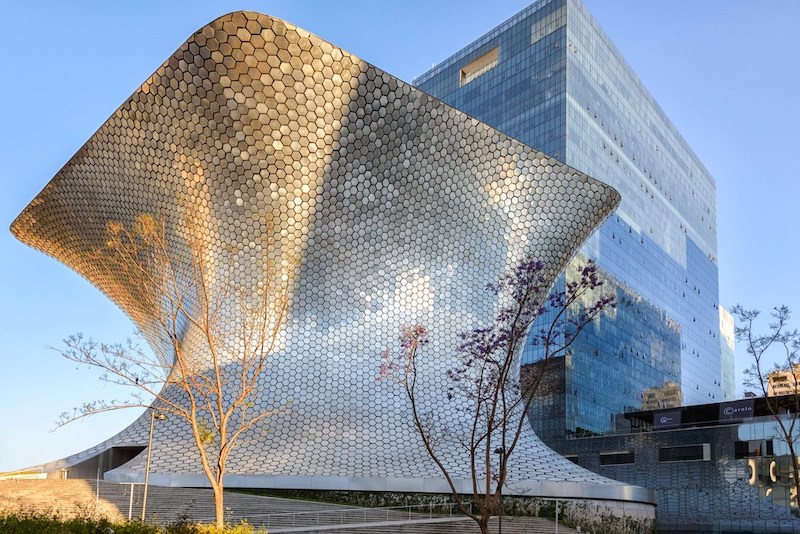 Mexico City is a global art destination that has some of the finest museums in the world. From ancient to modern art, here is a list of the best museums to visit on your next trip to Mexico City!

No visit to Mexico City is complete without a stopover at The Frida Kahlo Museum. Also known as the Blue House for the building’s cobalt-blue walls, the historic art museum was once the home of famed Mexican artist Frida Kahlo and her equally as famous artist husband Diego Rivera. Located in the Colonia del Carmen neighborhood of Coyoacán, the home is now preserved and dedicated to Kahlo’s life and work, where art and personal mementos can be found in every room.

Housed in the old Palace of the Secretary of Communications and Public Work, an ornate marble entryway greets visitors, giving way to the national art museum’s priceless collection of historic Mexican art that dates from the second half of the 16th century to the mid 20th century.

The largest and most visited museum in Mexico, the Museo Nacional de Antropología contains significant archaeological and anthropological artifacts from Mexico’s pre-Columbian heritage, such as the Stone of the Sun (or the Aztec calendar stone) and the Aztec Xochipilli statue.

A designated UNESCO heritage site, it’s no wonder why the Museo del Palacio de Bellas Artes is often called the “Cathedral of Art in Mexico.” The museum is well known for the expansive and colorful murals that decorate its walls by the hands of such famous Mexican artists as Diego Rivera, José Clemente Orozco, David Alfaro Siqueiros, Rufino Tamayo and more. It also frequently hosts artistic and cultural events, performances, exhibits and more.

As a private museum and non-profit cultural institution, the Museo Soumaya houses over 66,000 works from 30 centuries of art including sculptures from Pre-Hispanic Mesoamerica, 19th- and 20th-century Mexican art and an extensive collection by European masters, such as Auguste Rodin, Salvador Dalí, Bartolomé Esteban Murillo and Tintoretto.