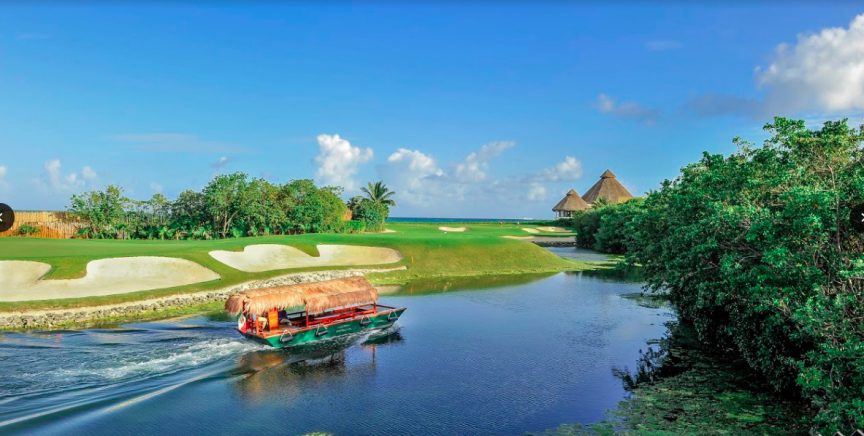 You might not think of rainforests and lagoons when you think Mexico, but maybe you should.

Some of the most beautiful places I’ve ever traveled to have had muggy, humid climates. So when I arrived at Fairmont Mayakoba with the hair sticking to the back of my neck, I knew I was in paradise. It was raining and the jungle hummed with life while iguanas roamed the pathways, baby crocodiles laid low in the water and coatis (raccoonlike animals native to Central and South America) huddled among the trees. For a moment, I thought I had mistakenly traveled to the Amazon. Instead, I was in Mayakoba, a resort development in the Riviera Maya just 15 minutes from Playa del Carmen and 40 minutes from the Cancun International Airport.

Acquired in the late 1980’s by OHL, Mayakoba avoided the typical Cancun way of building resorts. Instead of building up and only using a thin strip of beach, the developers took advantage of its deep forest and diverse landscape. With an eco-friendly design philosophy and the mission to create something different, Mayakoba was born, becoming one of the most unique destinations in the Riviera Maya.

Meaning “village over the water” in the Mayan language, Mayakoba is often called “the Venice of the Yucatan,” with its winding waterways, home to electric boats used to travel around the development and transport guests to their rooms. The eco-friendly complex is dense with tropical vegetation, mangroves and six miles of freshwater lagoons, so much so that you could almost forget the white-sand beaches and Caribbean Sea that lie just off the coast where the second-largest coral reef in the world is located, stretching from the Yucatan to Guatemala. 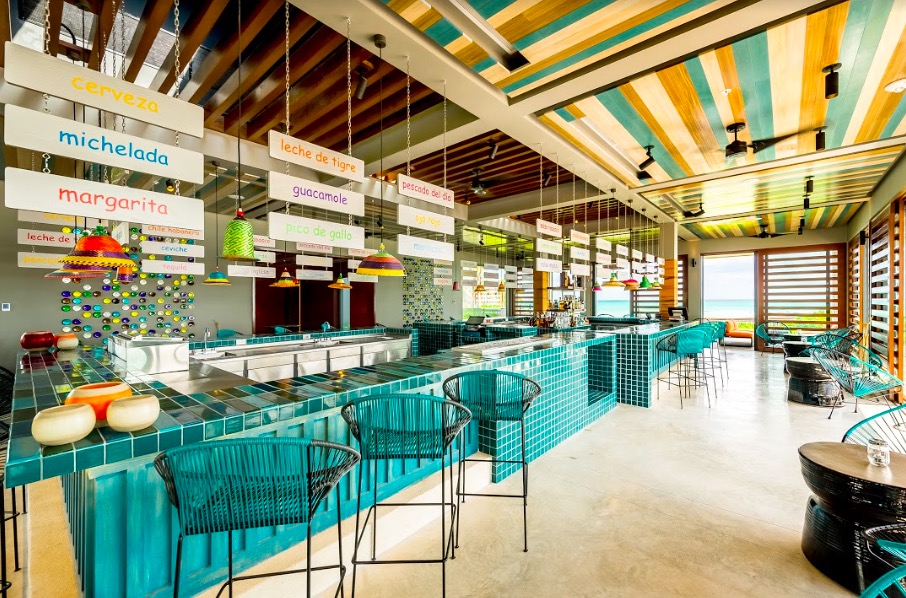 The gated development, which could be missed off the highway if you blink, is home to four luxury resorts—Andaz Mayakoba, Banyan Tree Mayakoba, Fairmont Mayakoba and Rosewood Mayakoba—along with a village and event space named El Pueblito that’s designed after a traditional colonial Mexican plaza. Perhaps its most notable amenity is the diverse El Camaleón, the 18-hole Greg Norman-designed golf course that is home to Mexico’s only PGA TOUR event, the OHL Classic. A Jim McLean Golf School and El Camaleón Mayakoba Golf Club complement the course that’s lined with sand dunes, mangroves, cenotes and lagoons. One of the development’s most attractive elements is the ability to resort-hop the four properties. You read that right; guests of one resort have full access to the other three, meaning you can wine and dine yourself at 21 outlets and kick back at multiple spas, beach clubs and pools. And getting from one to another is easy-breezy; free transportation is offered to shuttle guests around the complex, with each resort only a few minutes from the next. 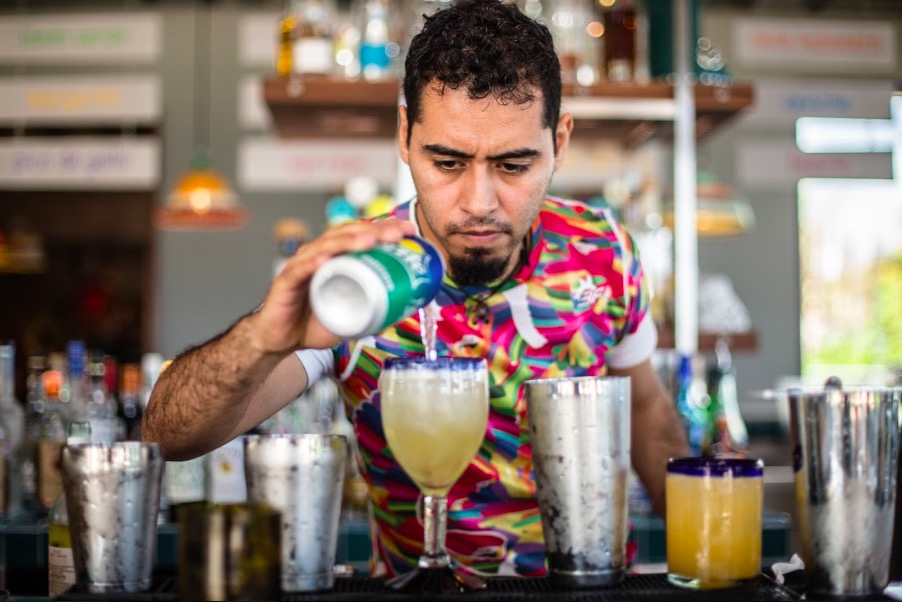 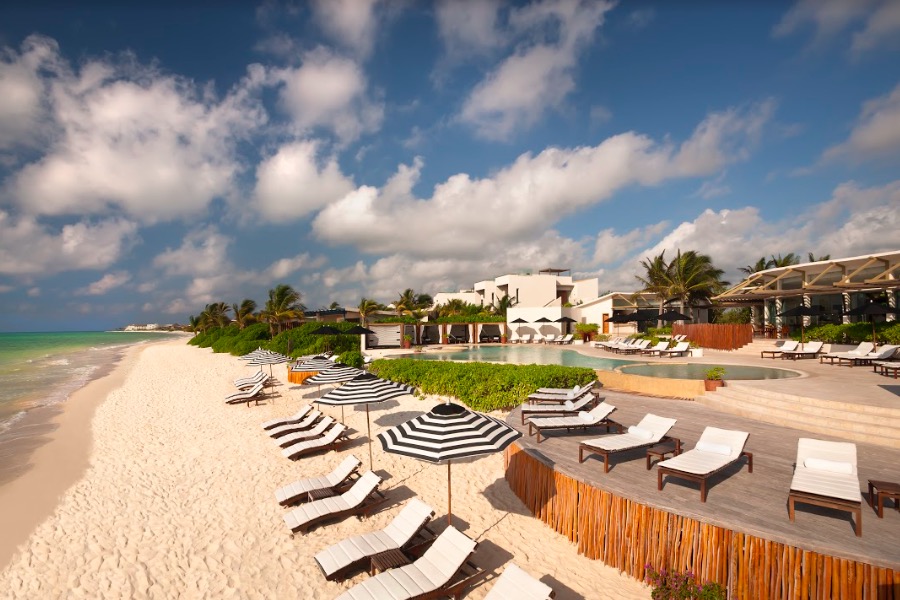 Each Mayakoba resort has its own vibe. So if you’re hung up on where to stay, keep reading.

Andaz Mayakoba: As Mayakoba’s newest resident, this funky resort has a young and trendy ambience with bold, modern décor and an upbeat where-to-be-seen vibe.

Banyan Tree Mayakoba: For the most exotic experience, check into Banyan Tree whose Asian hospitality and Thai-centered amenities truly give off an Eastern World feel. Not to mention, every villa comes with a private pool.

Fairmont Mayakoba: The first and largest of the four resorts, Fairmont Mayakoba is located in the center of the development and is perfect for families, complete with a special children’s program, a kid’s pool and a variety of activities.

Rosewood Mayakoba: If a romantic retreat is what you’re after, the ultra-luxurious Rosewood Mayakoba offers five-star service with every suite including its own butler. The resort also provides an unparalleled level of privacy; each suite is accessed via boat and is complete with its own boat dock.

This article originally appeared in the 2018 issue of InMexico Magazine.