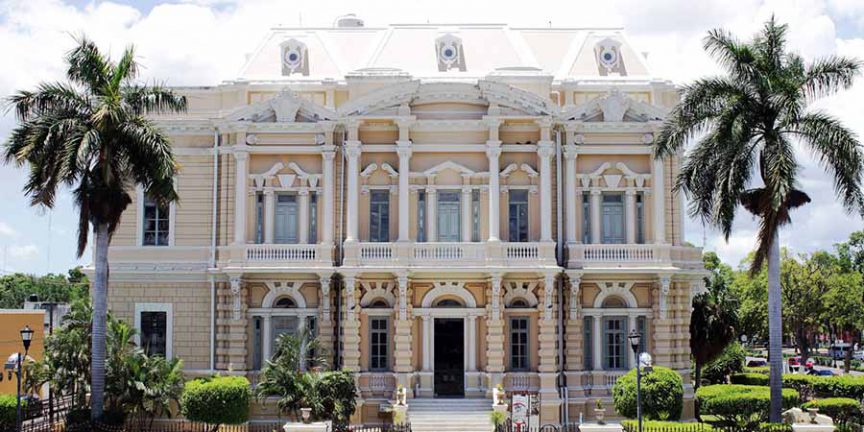 Merida, the capital of Yucatan, was recently named No. 1 on Condé Nast Traveler‘s Readers’ Choice Awards for Best Small Cities 2019. The city is located in the northwest part of the state and is conveniently situated near UNESCO World Heritage sites, magical towns and more. It’s a popular destination for expats and tourists alike and is steeped in colonial history and overflowing with Mayan influences. It’s often referred to as the “White City” for its abundance of white stone buildings and high level of cleanliness.

Mérida was formerly the Mayan city T’ho before it was captured by the Spanish. Founded in 1542 by Francisco de Montejo, many of Merida’s new inhabitants came from Extremadura, Spain, where the city’s name comes from. The city was an important hub for the production of henequen (sisal), boosting its economy and level of wealth before the trade declined after World War II.

How to Get There

Merida is located on the Yucatan Peninsula and travelers can fly nonstop into Merida’s airport from Houston and Miami. Other options include connecting through Mexico City.

Roses & Xocolate is a vibrant, pink-hued boutique hotel located just six streets away from the famed Paseo de Montejo. Another centrally located property, albeit much larger in size, Fiesta Americana Merida is one of the top hotels in the area. Ochenta y Dos is a great option for an urban bed and breakfast with four poolside guest rooms. Perhaps the most glam stay, Coqui Coqui Residences & Spa is located in a century-old colonial home and also houses the brand’s full line of perfumes and fragrances. For a more secluded, historic stay, Hacienda Temozon dates back to 1655 and today is part of Marriott’s Luxury Collection. It’s located near Uxmal, about 45 minutes outside Merida, and many other archaeological sites and ruins. It’s highlighted by plantation-style rooms and lush gardens.

Expect lots of Yucatecan cuisine, which mixes Mayan, European and Middle Eastern ingredients. Things like conchinita pibil are staples here. Popular picks for upscale dining include Nectar, Apoala and K’u’uk. Other great options include La Chaya Maya, a Merida classic and Hacienda Teya, a great spot for Yucatecan food. Head to Casa Dominga to experience a unique food court housed in a grand casona. Find a bar, nightclub and an upscale food court.

Many Mayan archaeological sites are within reasonable distance to Merida, making it a great jumping-off point for anyone looking to explore the historic ruins. Mexico’s iconic Chichén Itzá is just 75 miles east of Merida while Uxmal, another popular ruin, is located 1.15 hours south. Uxmal is considerably less crowded than Chichén Itzá but still just as impressive. About 10 miles north of the city center, Dzibilchaltún is an archaeological site that’s known for its famous structure Temple of the Seven Dolls and the Cenote Xlakah.

To dive into the city’s history, there’s plenty of historical sites and museums around the city to check out. Definitely make a visit to the Gran Museo del Mundo Maya de Merida, which offers a view into the Yucatan’s ancient history and colonization. Stroll along the Paseo de Montejo Boulevard, home to the wealthiest during the height of the sisal boom. The street resembles the Champs-Elysées in Paris and features French architecture. Other great sites include the Palacio Cantón, former home of General Francisco Cantón Rosado; Casa de Montejo, a former home to soldiers and today, a museum; and the stunning Catedral de San Ildefonso.