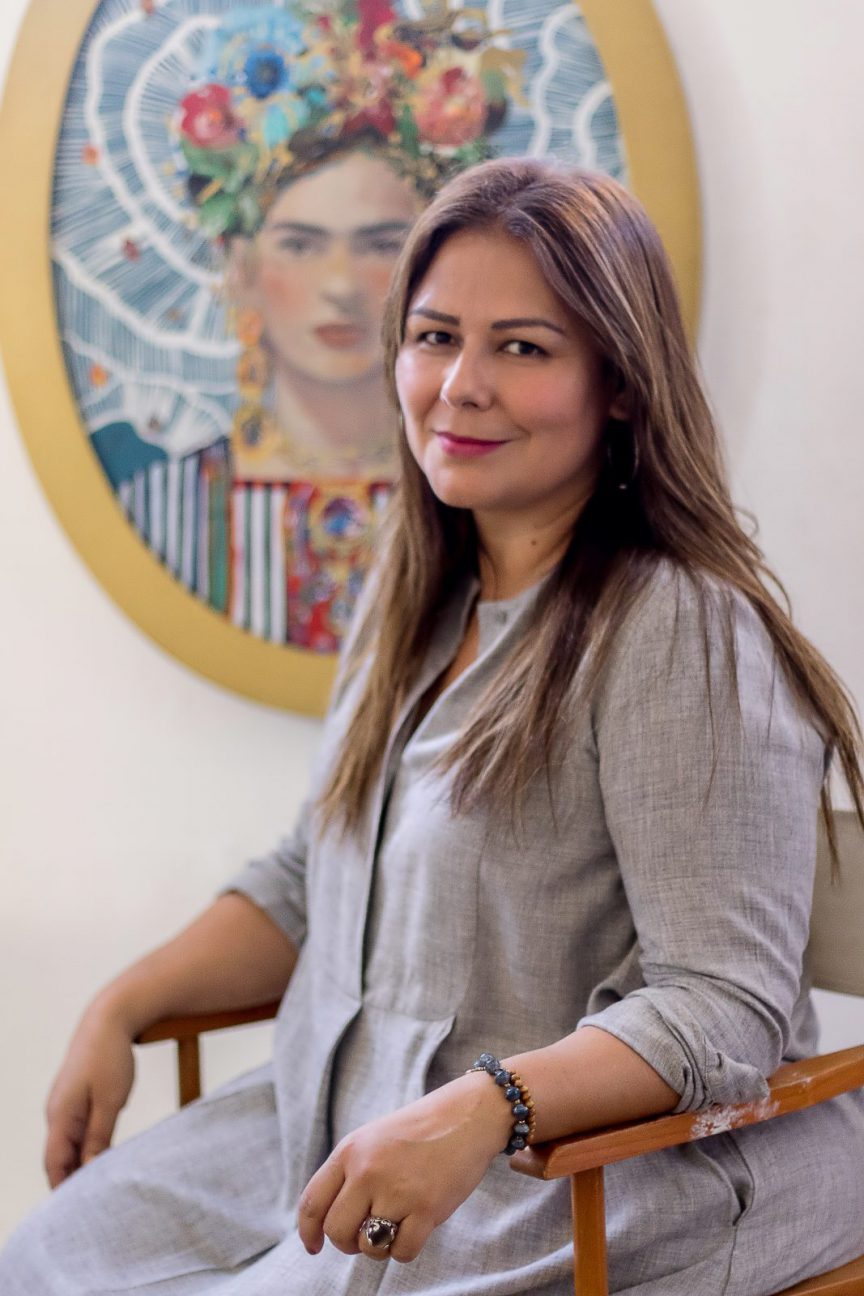 Express Yourself is a series showcasing artists as they share how their native country Mexico has inspired their work over the years, garnering them recognition, awards and exhibitions around the globe.

Mexican by birth, Tanya grew up at the border of Mexico and San Diego. Because of this, she has been greatly influenced by two cultures. She has studied fashion illustration at Universidad Iberoamericana, attended the School of Fine Arts in San Miguel de Allende and received a degree in product design from the Universidad Autónoma de Guadalajara. At the young age of 17, she moved to Mexico City where she soon after began painting. She later moved to Los Cabos where she started selling her work in local galleries. After a nine-year stint living in the United States, she returned to Cabo and opened Studio TT Art School and Gallery.

Proudest achievement: To show my work in Paris’ Grand Palais at Art Capital 2020 this past February.

Favorite piece of work: El Camino Voladowas inspired by a Mexican writer that creates the most beautiful poems in her native dialect. The piece is all done in collage and painted in cotton paper.

How has Mexico inspired your work? I was born in Mexico and lived on the Tijuana and San Diego border for most of my childhood. That gave me a very interesting perspective on two worlds and cultures that are next to each other yet at the same time far apart. A lot of my work has been influenced by that duality.

What does art mean to you? For me, art is a way of exiting the world to a place where I can create anything that I want and project any feeling or situation in that particular moment. I am very grateful to have that healthy outlet as a way of exploring my subconscious mind and all that is hidden inside.

What other artists inspire you? I am constantly inspired by the creative people in the world. Some of them are writers, chefs, designers, illustrators and architects. I enjoy looking into their creations.