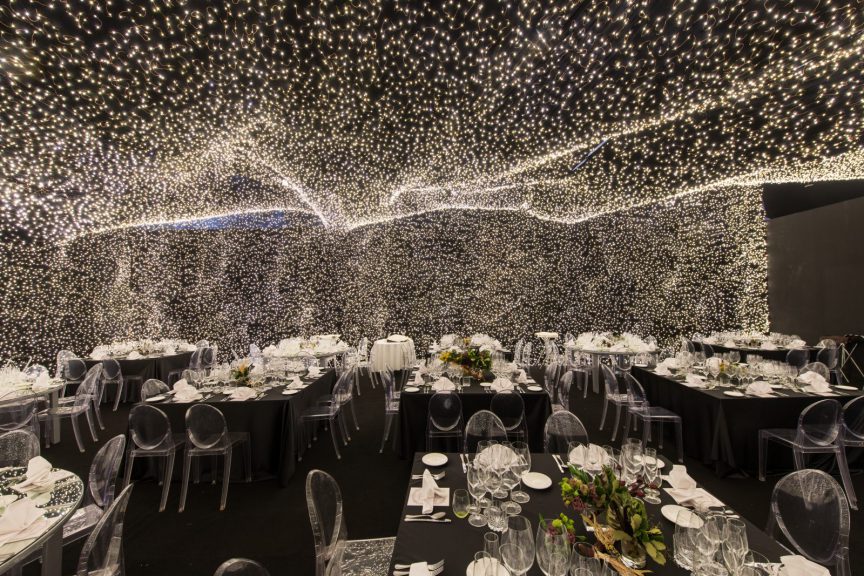 Interstellar, a Mexico City restaurant, takes guests on a starry journey through its dazzling design. By Almazán y Arquitectos Asociados + Concepto Taller de Arquitectura + Pin Studio, the project was based on Christoper Nolan’s movie Interstellar with a goal to give diners an out-of-this-world experience.

The main objective of the magical project was to create a visually spectacular environment, combining time and space. To do this, more than 250,000 lights and mirrored tables were used to give diners the feeling of being in a starry sky. Other fun features of the 2,152-square-foot space include a bookcase and books near the entrance that appear to float.

Interstellar was featured at Millesime Mexico 2019, a yearly interactive haute cuisine event, and was the first time three offices collaborated to design one restaurant.