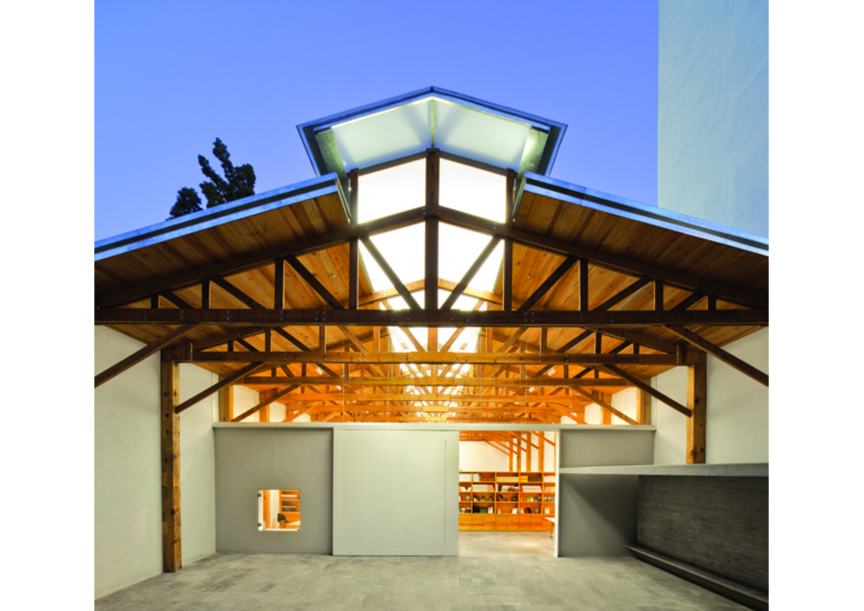 The most important contemporary art Gallery of Mexico City is located in the San Miguel Chapultepec district: The Kurimanzutto Gallery. It has been recognized as such since the inauguration with its pop-up space in 1999. The history of this beautiful space starts before being a fixed space. The whole concept of what has been until today, started by Monica Manzutto and Jose Kuri.

Born with the need to grow and show the Mexican contemporary art, it all started with the mexican conceptual artist Gabriel Orozco who had proposed the idea to Monica M. and Jose K. to create a project that would support emerging artists from Mexico City. This idea would respond to the need of believing in the Mexican Art scene. At that time, the spaces dedicated to contemporary art in Mexico City were only a few, however the creation and production of art was growing and growing, each day with more power.

This space represents the most honest environment for the development, exhibition and dissemination of the work of artists who seek dialog. The budget for the gallery was quite poor but this inspired an innovative project for the space. The collaboration between artists and gallery owners and the conditions of their ideas allowed them to make art exhibitions in the least expected places, surprising the audience and raising the voice only with work.

The list of temporary spaces to expose shows places like: the Mexico City Airport, a container and a local rented in a market. The market spot was filled with works of 13 of the 14 artists that formed the gallery back in those days. The works were made with materials of the same market and the prices were equivalent to nearby products. This was the first exhibition of the Kurimanzutto Gallery, entitled “Market Economy” during August 21, 1999.

From then on, they have not failed to create, work, and disseminate art and culture in Mexico City. The flexibility that they have has led them to become ambassadors and curators of foreign artists, looking always to establish an intellectual and artistic exchange.

After a long series of fortunate events, a building of the year 1949 in the street of Governor Rafael in Mexico City has given life to the Kurimanzutto Gallery, exhibition space, office and workshop of contemporary art. Not only is it invigorating  to visit, because of the visual and intellectual stimulants in each exposure, but the space itself, the work of the architect Alberto Kalach, becomes a work of art containing the works of contemporary art, A Matrioska-style experience that should not be missed on a visit to the Mexico City.

The building used to be a wood workshop and an industrial bakery and now this wonderful area. The main space was transformed into an open, clean and huge space for exhibition, giving rise to expose fairly large formats and sculptures that occupy the entire area, images that are both surprising and repugnant at the first instance. This platform measures 20 by 13 meters and has seen great exhibitions and characters between its walls. The gallery kept the original wooden frame and the natural light that enters from the cover.

The rest of the volumes in the field are offices, a lounge and dining room in the backyard, a bookshop and an area for events with a bar. The current list of artists that composed the gallery is of 32 national and international artists. It is a place of exposure, critique, and research.

With 15 years of life, the intent and power that is given to each exposure remains a top priority for Monica Manzutto and Jose Kuri. The only thing left is to thank them for having created such a fascinating space. 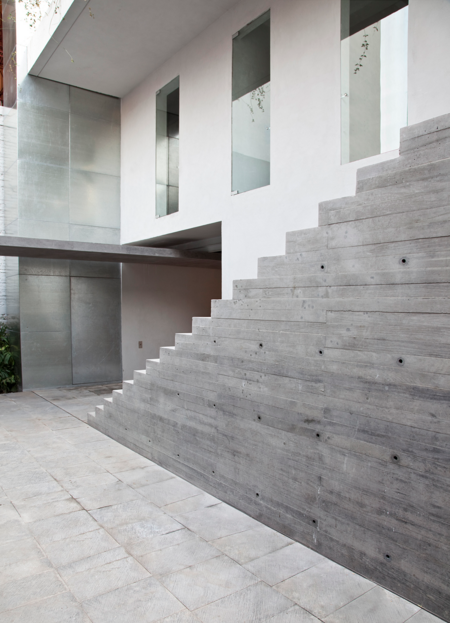 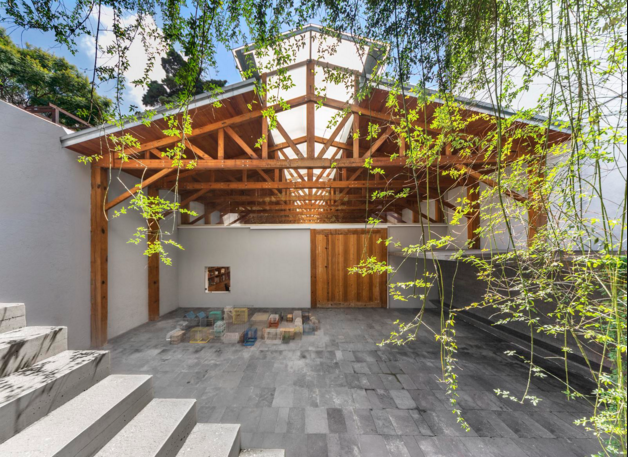 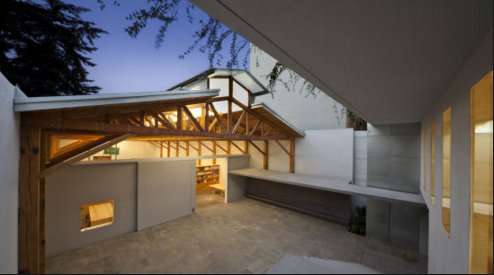 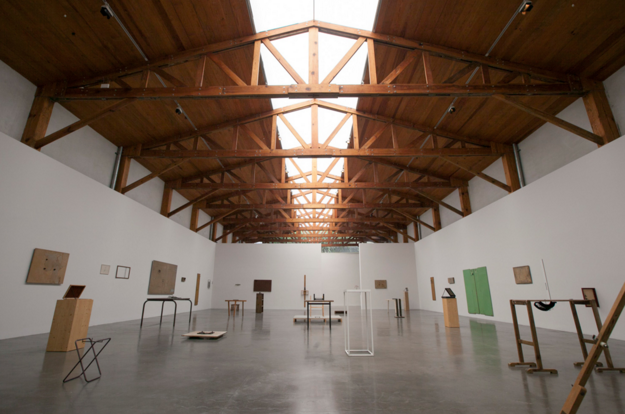 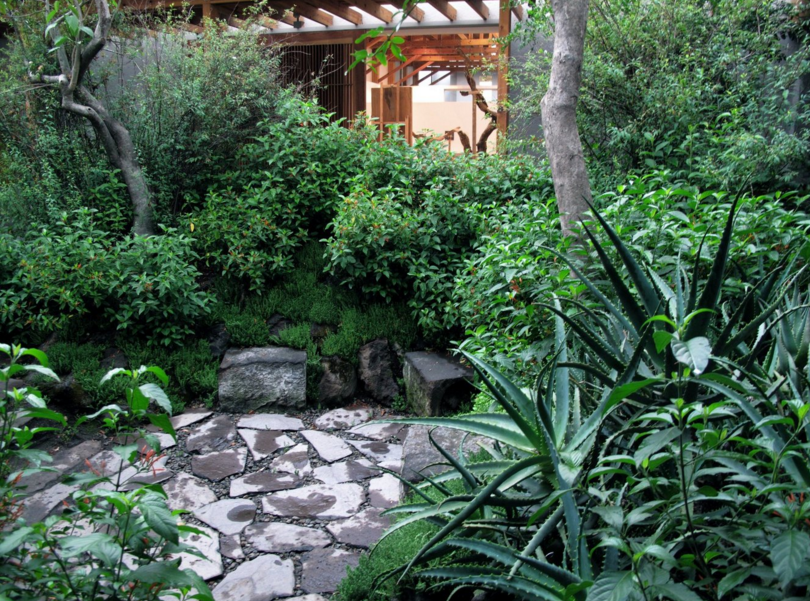 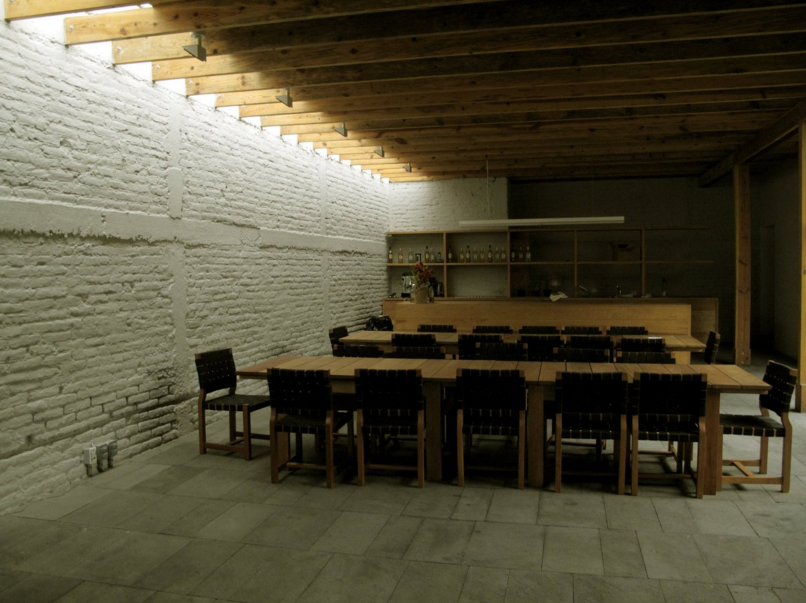