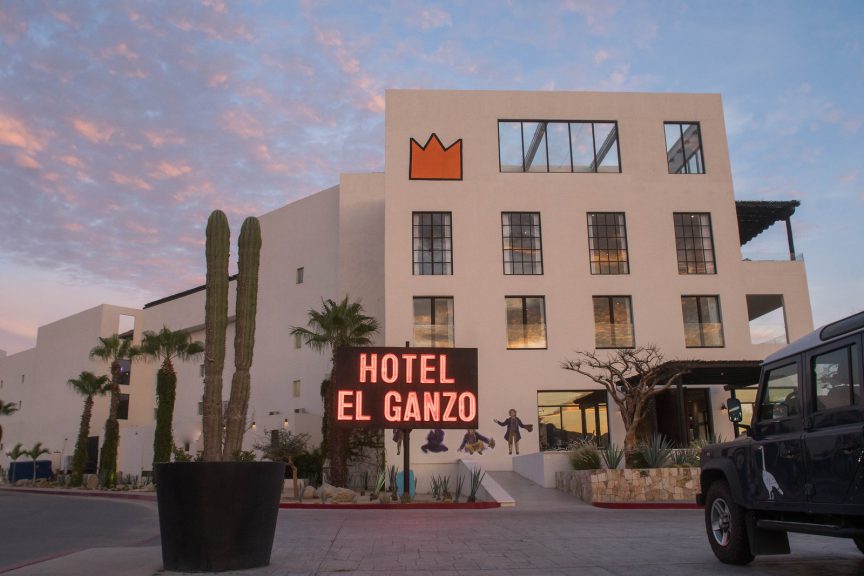 After landing in Cabo and cruising through Puerto Los Cabos, I rounded the corner and voila! Hotel El Ganzo in all it’s artistic glory. No really, you’ve never seen a hotel like this before and if you have I want to know where. The boutique hotel is tucked back into the Puerto Los Cabos development and situated right on the marina. You can even curl up in the canopy bed in the morning and watch the boats go out for the day, already not your typical Cabo experience. And that’s what makes El Ganzo so special; it is completely unique, oh-so Instagrammable and a complete break from the typical resorts.

For starters, Hotel El Ganzo was not born to be a typical hotel, but rather an escape for the imaginative, and that’s exactly what it’s become. With just 70 rooms, the hotel packs a punch when it comes to attitude. Why? Because as much as Hotel El Ganzo serves as somewhere to book a room, it also serves as a creative outlet, hosting artists-, musicians- and chefs-in-residence. The only requirement is that they leave something behind, from an in-room art piece, a new menu item, recorded music or some other creative item. 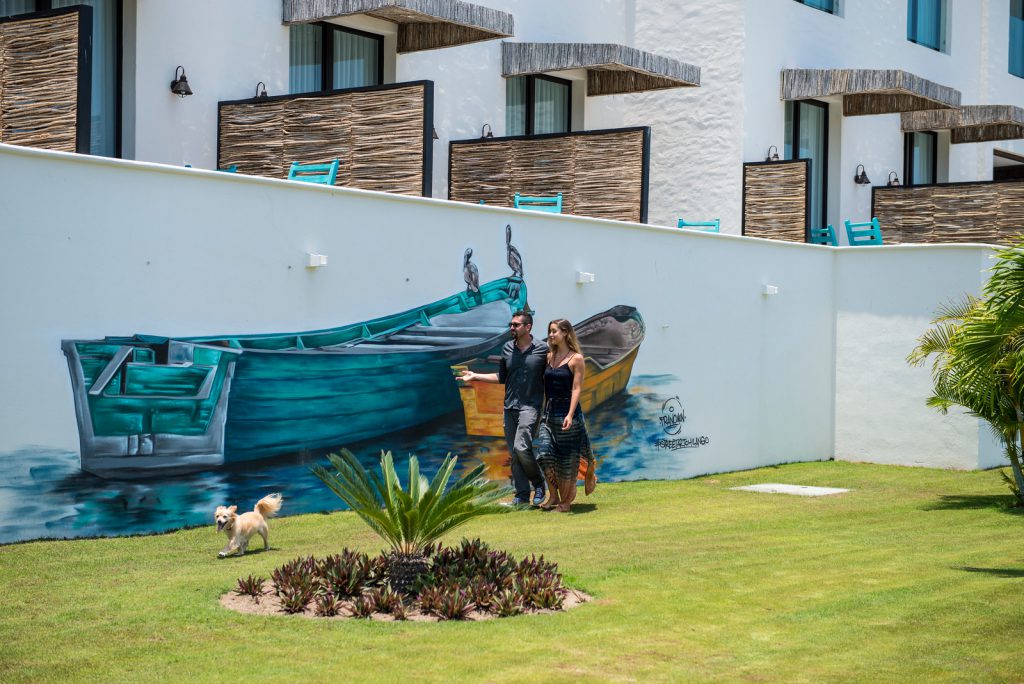 The result is a colorful hotel with surprises around every corner. Find a larger-than-life storm trooper overlooking the rooftop pool, a rainbow paint-splattered penthouse, a stair step painted to look like piano keys. The inside of the elevator shaft even boasts a creative piece to enjoy on your ride down to the lobby in the glass-enclosed box. It’s the kind of hotel where you actually want to explore the other floors, besides your own. 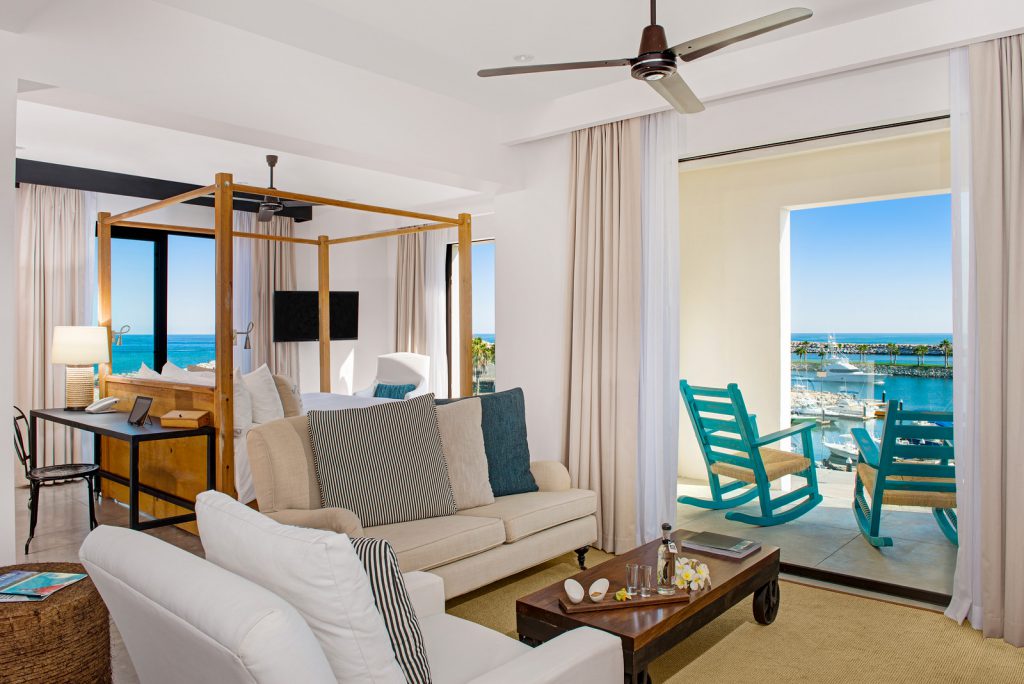 The hotel is currently in the process of making over each room with a different artist’s touch. Already half-way through completing them all, I had the chance to stay in one that had been transformed by Scarlett Bailey who left behind life-size metallic gold cacti painted along the wall. I later learned that the towering murals were inspired by the cacti she saw while driving to the East Cape during her stay in Cabo. Other rooms include colorful paintings of octopus, recycle-themed media and one of the most recent additions, a maze-like wall mural by Ernesto Ríos made up of smoke from burnt matches taped to the wall.

Aside from the visual art, El Ganzo has an underground recording studio, entered via trap door in the hotel lobby area. After descending down a narrow wooden set of stairs, a full-size recording studio comes into view and is where musicians-in-residence spend most of their time. Their recorded sessions are then played on a loop on the guest room TVs and before they go, they perform a live concert on the rooftop stage for guests to enjoy all night long—literally. Since there’s no homes nearby, and frankly not much else, bands can play long into the night. 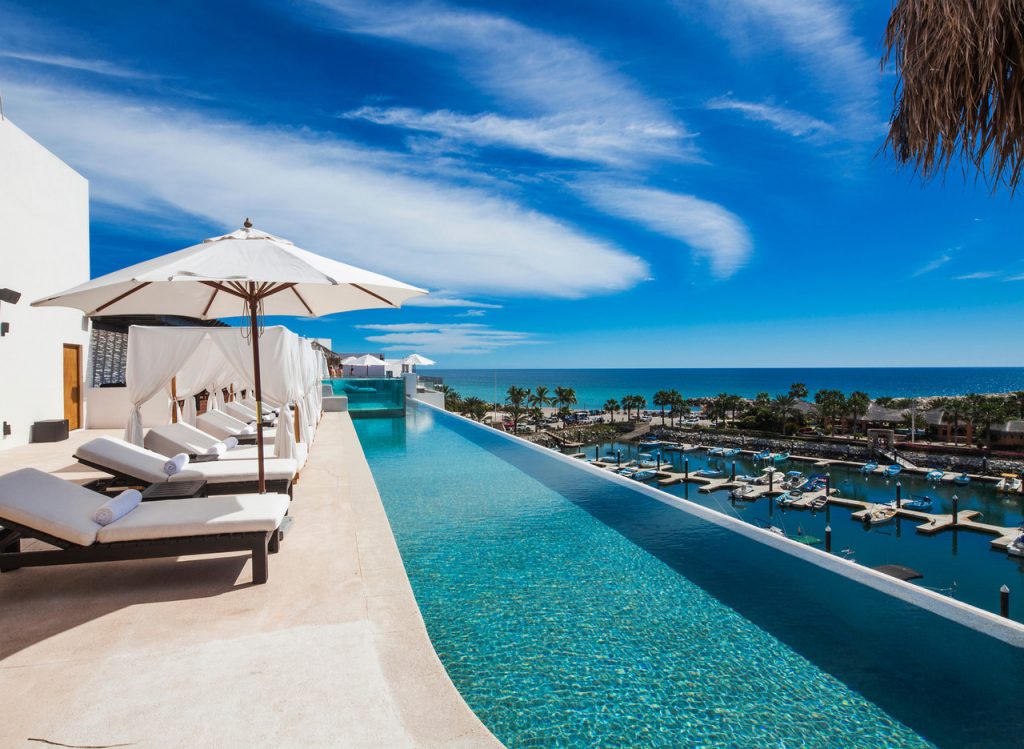 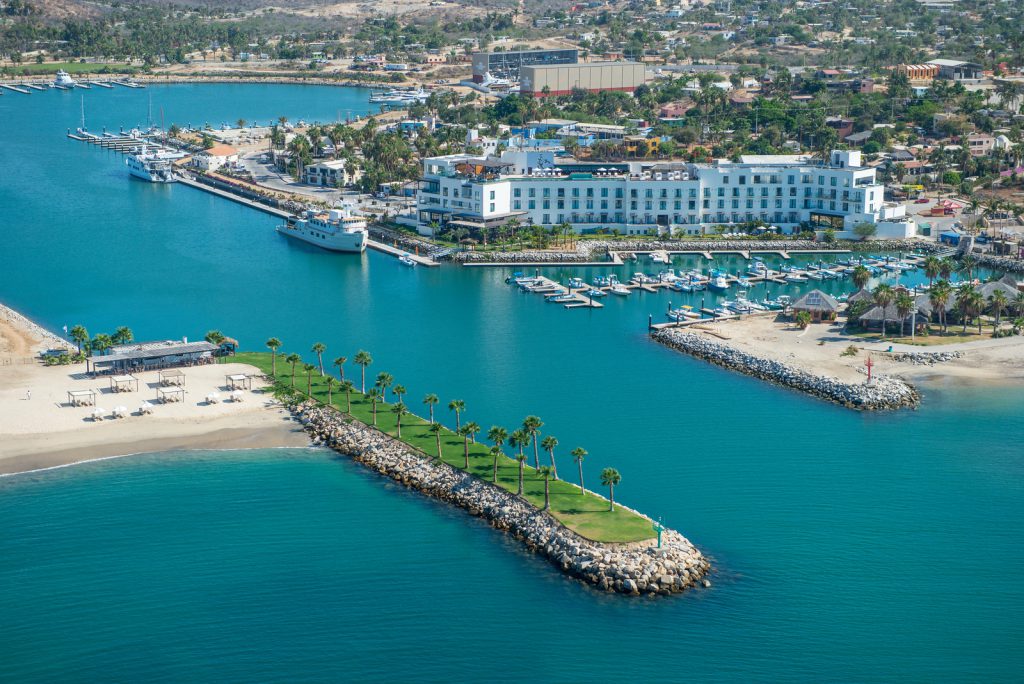 Besides the museum-like atmosphere, the canopy bed was one of (if not) the best beds I’ve slept in. It’s cheesy-sounding, but I’m positive it’s not too far off from what laying in a cloud would feel like. And when laying under the sun, you can’t go wrong with the breezy rooftop cabanas. Because like so few I’ve stumbled across, they’re free and require no reservation. While you’re there, order as much sushi as you can get. The rooftop menu has plenty of options from tuna tartare, aguachile, ceviche, rolls, sashimi and more, and the prices don’t make you want to opt for not eating.

It’s hard to sum up Hotel El Ganzo to someone who’s never been there. It has an identity that is like none other. But on my final day, while stretched out poolside taking in as much shrimp aguachile as possible, I overheard a few friends discussing the hotel’s vibe. “This is not spring break. It’s hipster L.A. or something.” And that just might be the best way to put it.