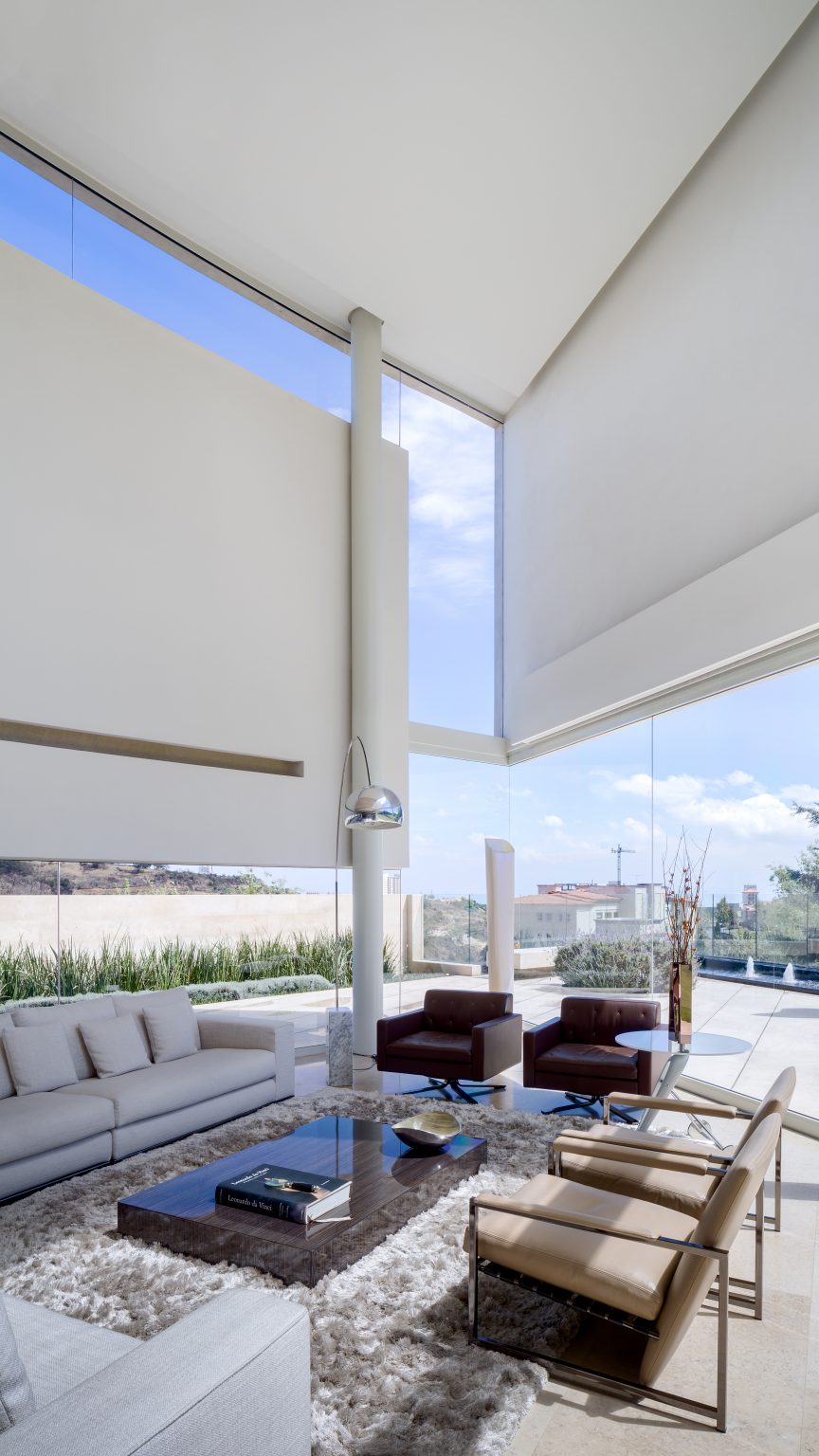 There are beautiful houses, original houses, and there are also houses that the first thing that we think when we see them is “WOW,” and that is the case with Casa Country Club, a creation by Migdal Arquitectos. Jaime Varon, Abraham Metta and Alex Metta are the minds behind this fabulous project located in Mexico City, and thanks to this kind of work, Mexican architecture stands as a worldwide referendum for its quality, innovation and sense of aesthetics. Country Club House is located on a beautiful golf course in this great cosmopolitan city; it is a space of freedom within such a saturated city. The design of the house responds to its views, its orientation and the ground; it has “L” conformation, which allows spaces to guide its spectacular garden and create continuity from the house to the golf course. In the first layer there is a base service, represented as a black stone podium; the second layer is the public space and has direct access to the main garden; the third layer is the private area with the most intimate spaces. One of the elements that catches our attention the most is the transparency of the house, which generates a reverse effect as bathing with daylight during the day and resembling a lamp at night, emphasizing volumes and planes. Common areas are merged with the outside garden, creating a single space where I’m sure we would all want to be sitting right now. The living room is lined with glass around its perimeter, framing a hanging wall that unfolds from the ceiling, providing scale and containment. Once again, Migdal Arquitectos leaves us dreaming of a house like this; the consistency in each of its projects is why we admire them so much. 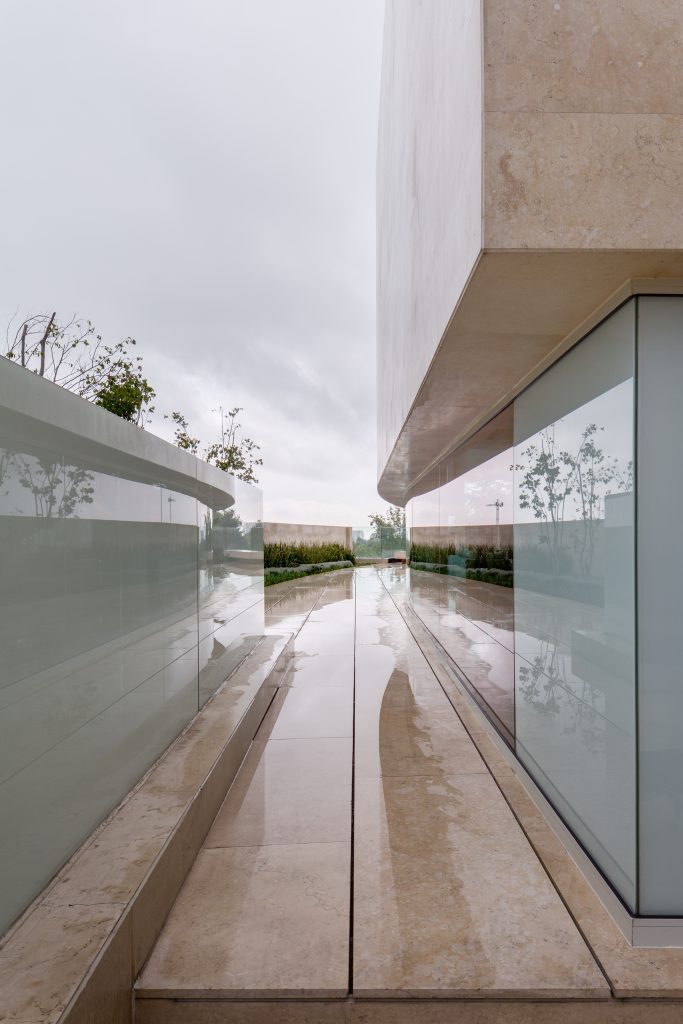 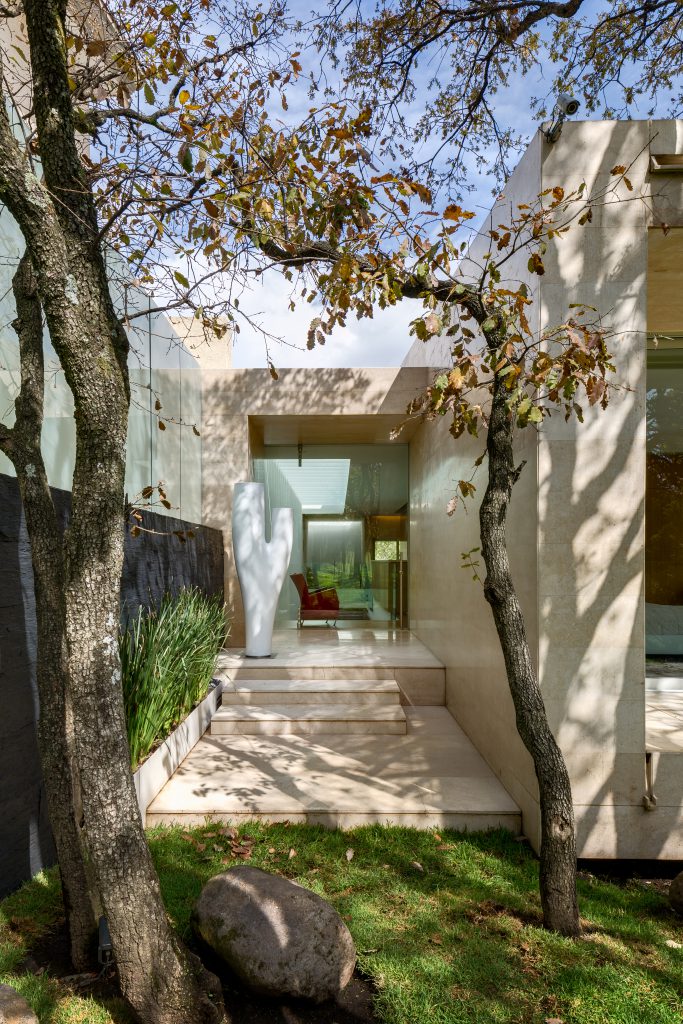 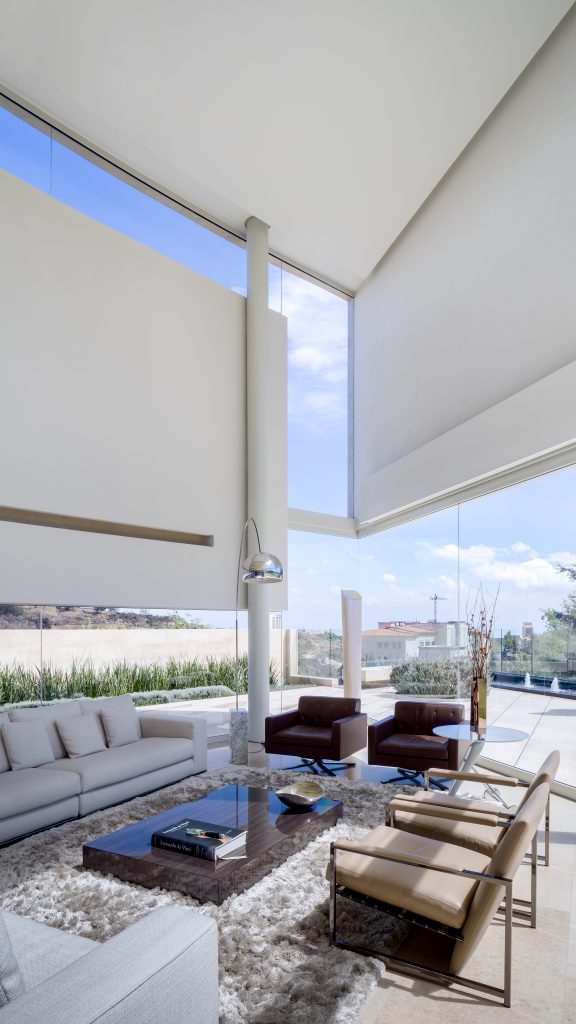 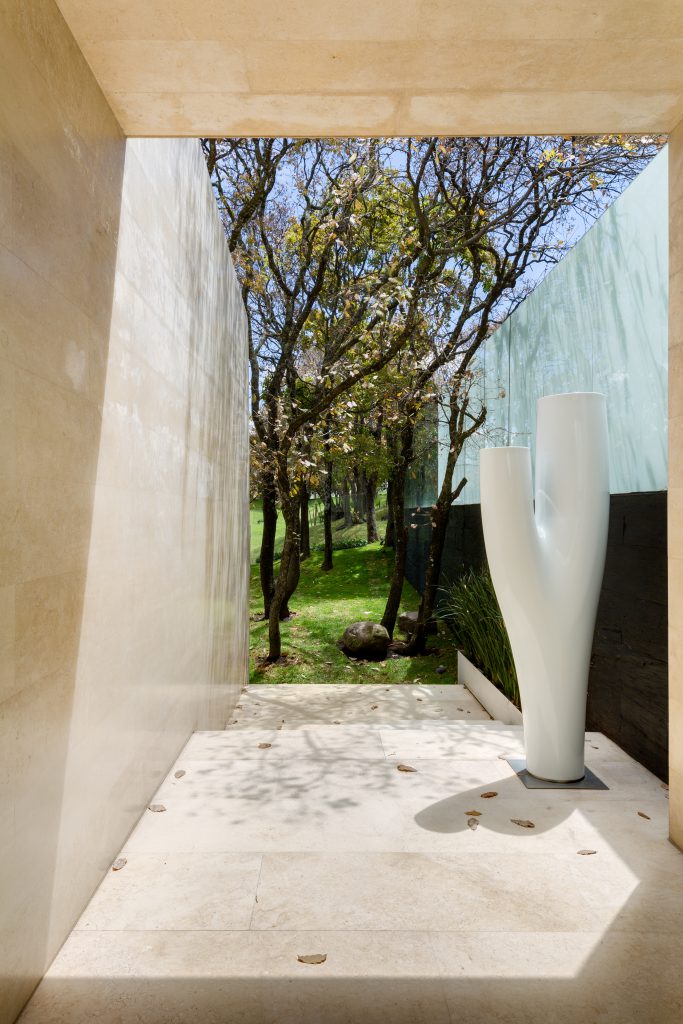 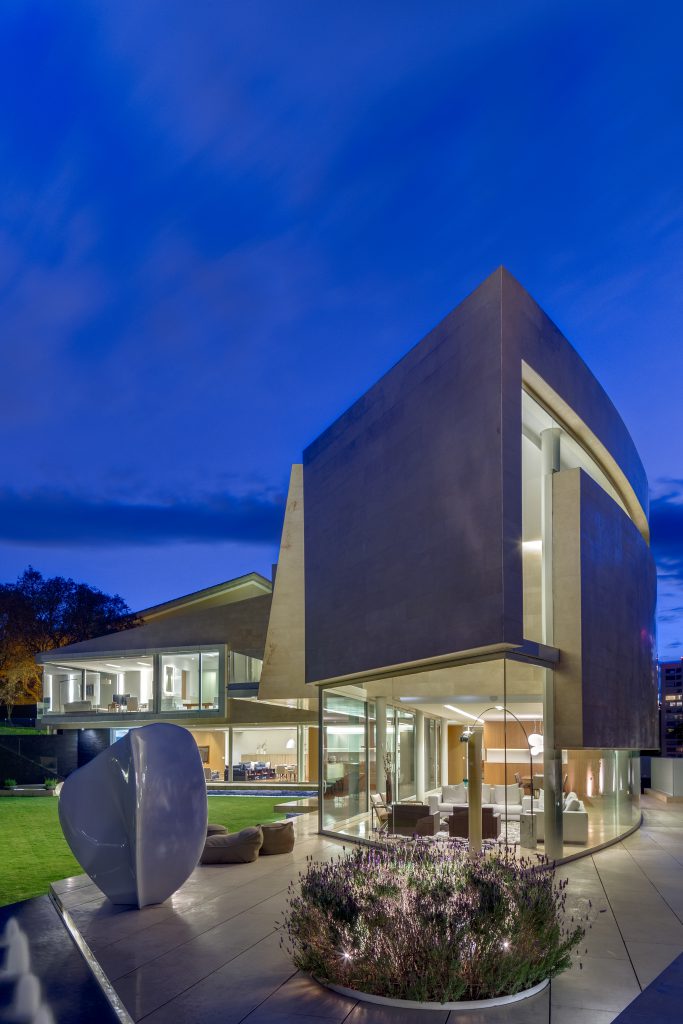 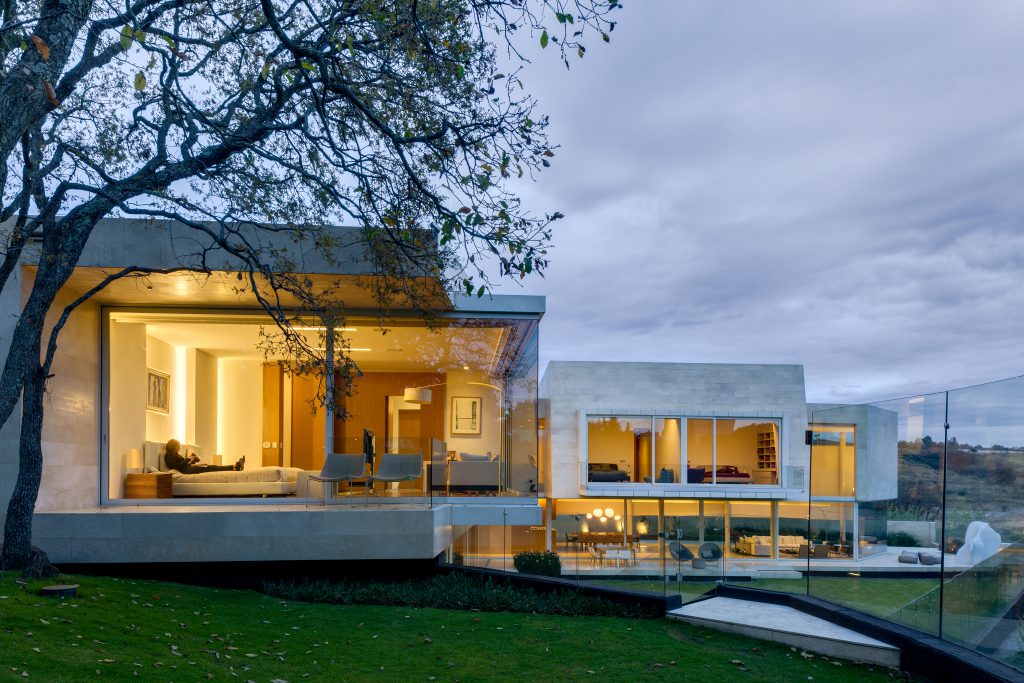 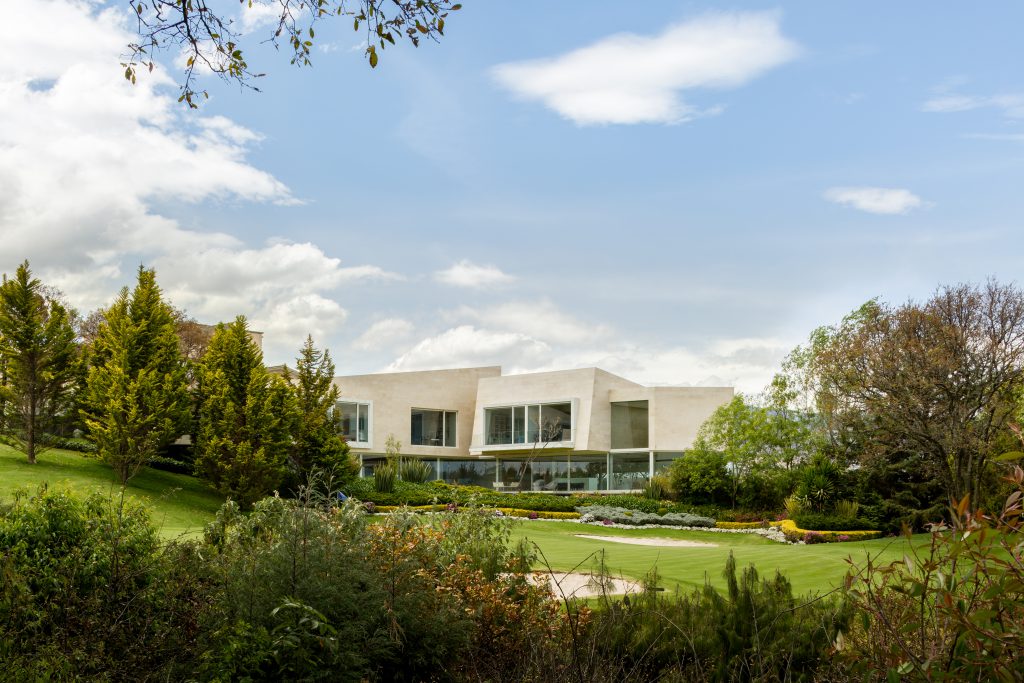 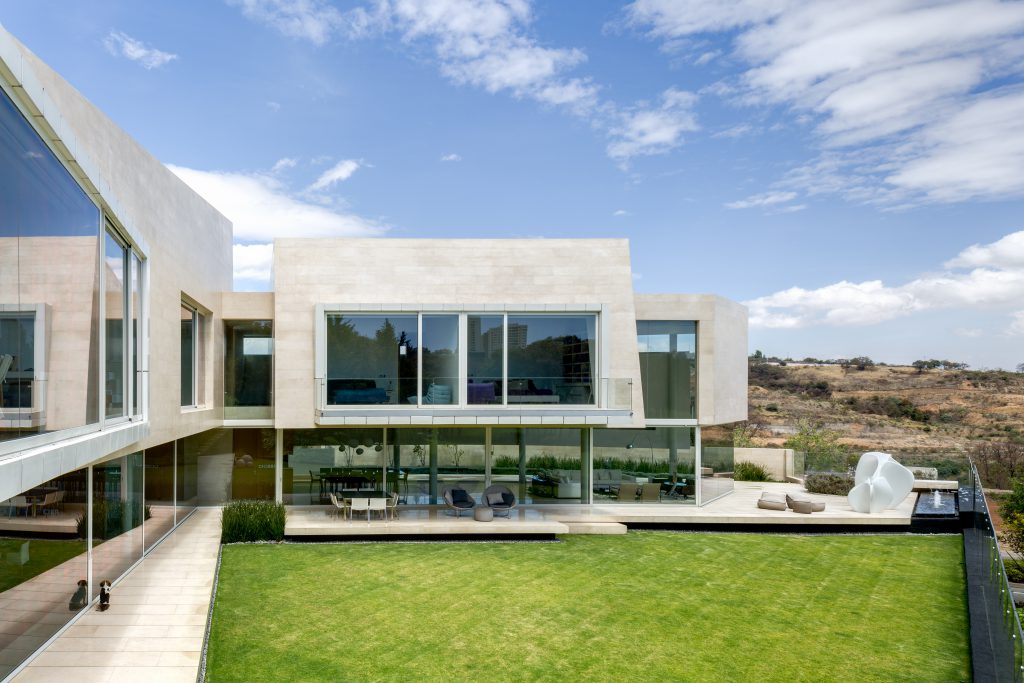 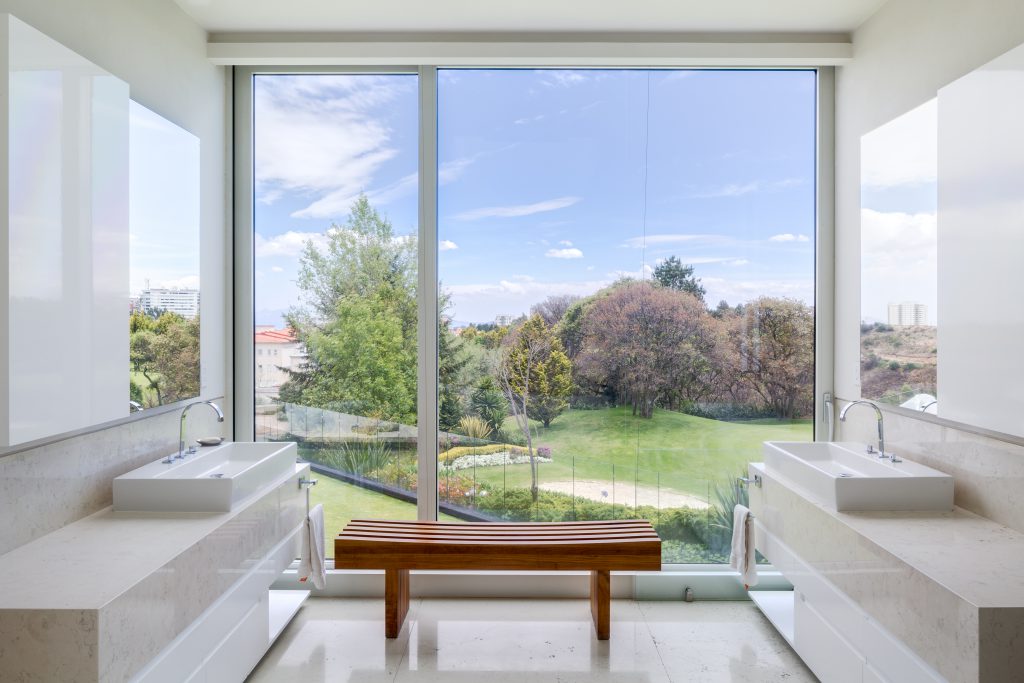 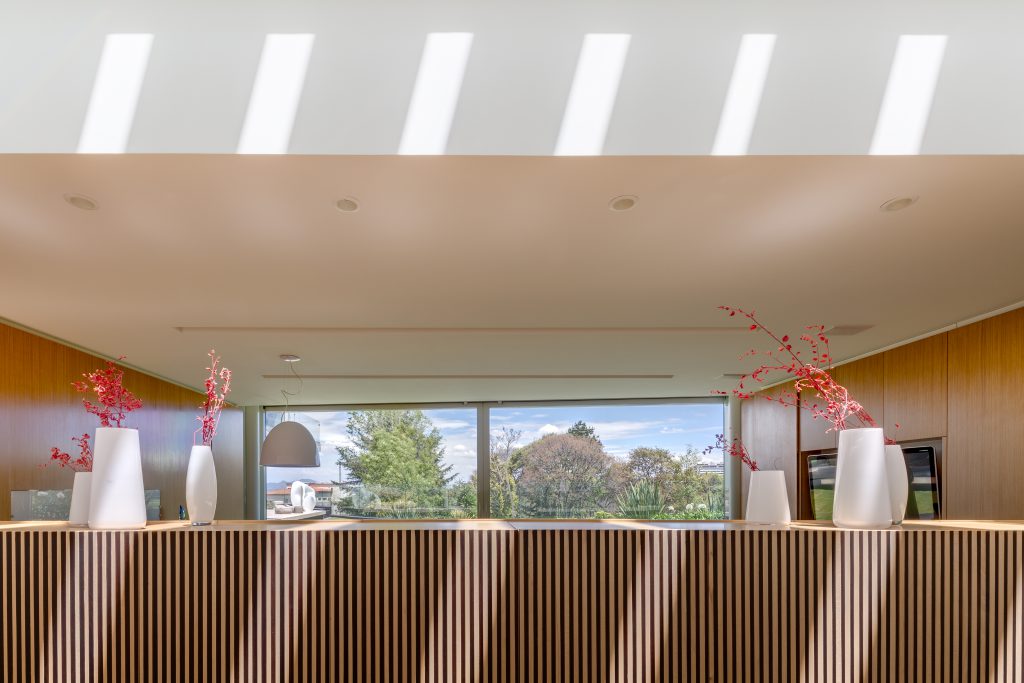 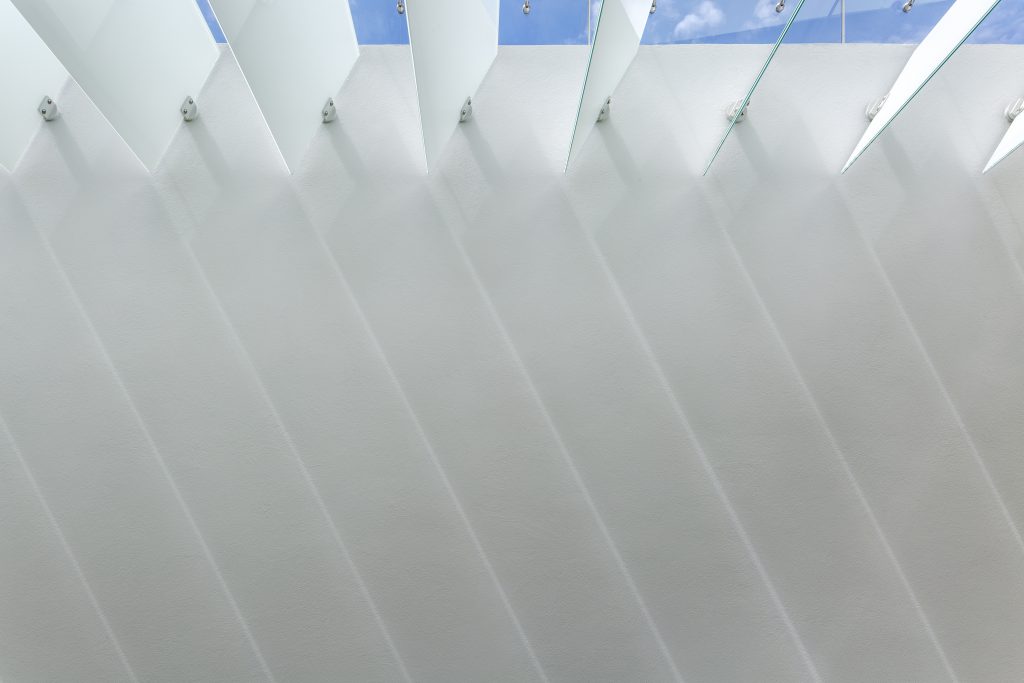